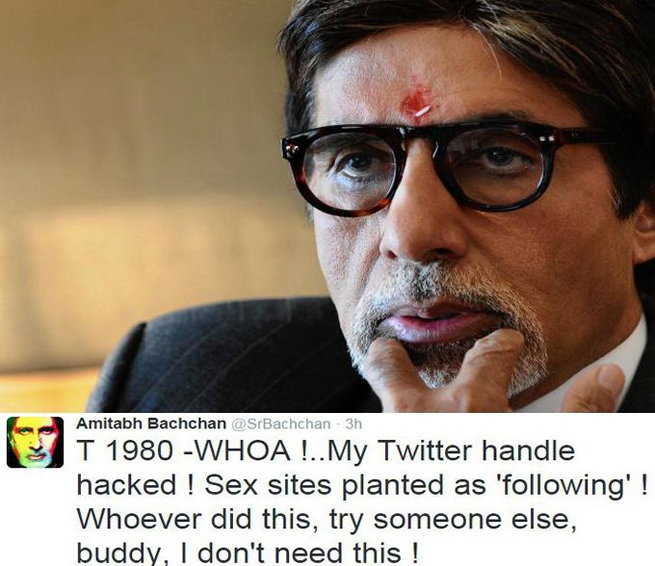 Mumbai, Aug 31 (IANS) Cinematic icon Amitabh Bachchan approached the police to solve the mystery over “dirty abusive sms” that he had been receiving for a year, on Monday, when his Twitter account was hacked.

The 72-year-old made a complaint via a letter addressed to a senior police inspector of the Juhu police station here.

In the letter, a scanned copy of which is with IANS, he wrote: “Dear Sir, Through a certain period of time, I have been receiving dirty, filthy, abusive sms messages on my personal phone. I attach herewith photocopies of my mobile screen containing the content that I speak about.

“I shall be grateful if you could investigate and take action against these perpetrators.”

The “Paa” actor even tweeted about the matter.

“OKAAY…!! Plot thickens! Had been getting several really dirty abusive sms for a year… just handed all of them to the POLICE,” he wrote.

The actor is an active user of social media and keeps in touch with scores of his fans worldwide. Earlier in the day, he shared that his Twitter account had been hacked.

“WHOA !..My Twitter handle hacked! Sex sites planted as ‘following’! Whoever did this, try someone else, buddy, I don’t need this,” posted the thespian, who has over 16 million followers, including celebrities like Dilip Kumar, Hema Malini and Shah Rukh Khan on Twitter.

He regularly uses the platform to stay connected to his fans, whom he fondly calls his “extended family” to share news about his personal and professional life.