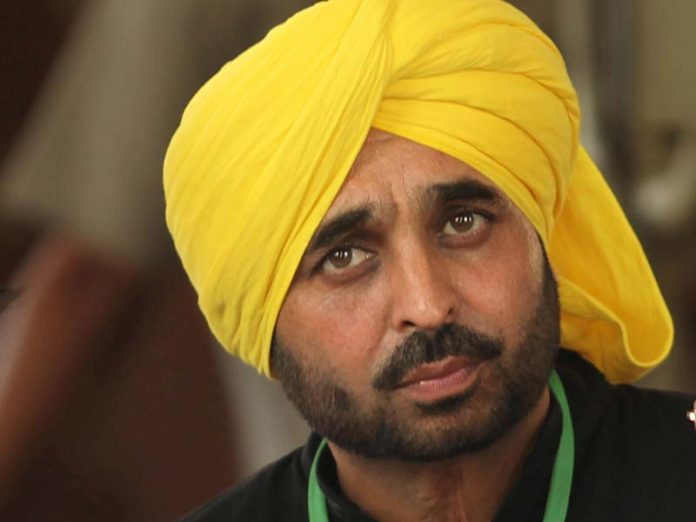 Chandigarh: Sangrur Member of Parliament (MP) Bhagwant Mann on Wednesday took over as president of the Punjab unit of the Aam Aadmi Party (AAP).

Mann took over the reins of the party unit here in the presence of Delhi Deputy Chief Minister Manish Sisodia, who is also the AAP in-charge for Punjab, leader of opposition Harpal Singh Cheema and former AAP Punjab co-President Aman Arora.

This is Mann’s second stint as president of the state unit.

Kejriwal and other AAP leaders, in the run up to the February 2017 assembly elections in Punjab had been alleging that Majithia was a “drug lord” and was patronizing the rampant drug trade in the state.

Mann and Arora had then (March 2018) tendered their resignations.

Mann, formerly a popular comedian-actor, has had his fair share of controversies in recent years, especially linked to his drinking habit.

Mann had, recently, in the presence of Kejriwal and Sisodia, publicly announced at a rally that he had given up drinking completely from January 1.

Kejriwal had applauded Mann’s resolve to give up drinking.

The AAP Punjab unit has been facing a rebellion in its leadership ranks with several leaders quitting or being suspended from the party in the last three years.