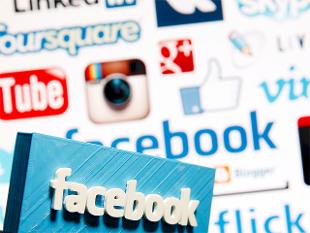 New Delhi, Feb 24 (IANS) Can spending excessive time on Facebook or other social media be as dangerous as an addiction to cocaine or gambling?

Well, yes, if researchers from California State University-Fullerton are to be believed.

They say social media obsession may lead to something akin to classical addiction. Such use triggers two key parts of the brain associated with rewards: The amygdala which is the integrative place for emotions, behaviour and motivation and the striatum — part of the forebrain and a critical component of the reward system.

The findings, recently published in the journal Psychological Reports: Disability and Trauma showed that social media-related “addictions” share some neural features with substance and gambling addictions.

Since the meteoric rise of the internet usage and emergence of various social media platforms, many young Indians have been left socially isolated and lonely.

It’s time for a reality check in our backyard.

Hooked on to Facebook for nearly 16 hours a day, he had developed an obsessive personality profile and was neglecting priorities of life, including education.

“I have been seeing many youngsters who are in the grip of social media addiction. In the case of Krishnan, I treated him with both counselling and medication which helped channelise his energy in positive work,” Dr. Malhotra told IANS.

“Facebook addiction is similar to cocaine addiction to a certain level as there are certain neurochemicals like dopamine which operate across brain reward pathways and are responsible for maintaining addictive behaviour,” he said.

According to Dr. Malhotra, teenagers with Facebook addiction-like symptoms may “have a hyperactive amygdala-striatal system, which makes this ‘addiction’ similar to many other addictions.”

For Dr. Samir Parikh, director of the department of mental health and behavioural Science, Fortis Healthcare, excessive use of social media is a common trend today and such preoccupation leads to an interference in one’s social, occupational as well as other areas of functioning.

“Yes, it could be considered similar to drug addiction to a certain level though it is not exactly the same. The difference is more in terms of the physiological manifestations involved in the influence of a substance,” Dr. Parikh told IANS.

Addiction is defined as repetitive habit pattern that increases the risk of diseases or associated personal and social problems. It is a subjective experience of “loss of control”.

Addiction connotes dependence because there are common neurochemical and neuroanatomical pathways found among all addictions — whether it is substance, gambling, sex, eating, internet use or Facebook obsession.

Experts say Facebook addiction can lead to impulse-control disorders, especially among adolescents where it has led to a high prevalence of depression, aggressive behaviour and psychiatric symptoms.

The social media has also been found to have affected lifestyles, resulting in irregular dietary habits, decreased physical activity, short duration of sleep and increased use of alcohol and tobacco.

Is it true that getting out of Facebook addiction is easier than that of substance abuse?

“This is subjective and depends on the context, personality and state of mind of the individual concerned and you need to build the will power of the person through both counselling and medication,” Dr. Malhotra says.

The bottom line: use social media, but do not let it take over your life. Investing time in “real” relationships rather than in the cyberworld can lead to improved mental health, say experts.

(Nishant Arora can be contacted at nishant.a@ians.in)