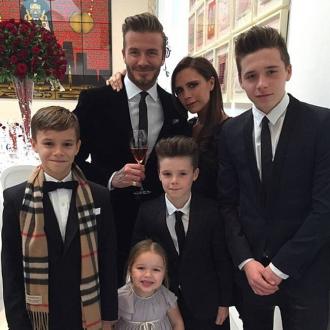 London, Sep 23 (IANS) Former footballer David Beckham, who retired from the game in 2013, says that the best thing about retirement is getting to spend quality time with his family.

Although the 40-year-old star has been busy with various business interests, charity work and a growing acting career since retiring, Beckham shared that he is able to spend time with his family more now, reports femalefirst.co.uk.

Answering some questions and answers on Facebook for a short film, “Outlaws” for fashion brand Belstaff, Beckham said: “I will always miss the game because I played for 22 years, and it was all I ever wanted to do as a kid, but it’s been a kind of easy transition really, no challenges. I get to spend more time with my family and more time at home.”

“I still travel a great deal for work but now I go away for 10 days and then I’m home for six weeks,” he added.

Beckham and wife Victoria have sons Brooklyn, 16, Romeo, 13 and Cruz, 10 and four-year-old daughter Harper together.

Even though the footballer has taking on some acting roles, including small parts in his friend Guy Ritchie’s directorials “The Man From U.N.C.L.E” and “Knights of the Roundtable: King Arthur”, he insisted it will not become his new career and he hates watching himself on the big screen.