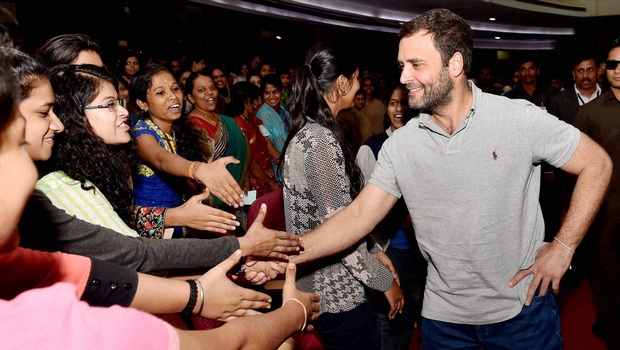 When the Congress scion asked students of the all-women Mount Carmel College if Modi’s ambitious programmes were working, they responded with a loud yes much to his discomfiture and leaving Karnataka Chief Minister Siddaramaiah and state Home Minister G. Parameshwara red-faced.

Gandhi was interacting with about 500 students in the reputed autonomous institution on “Role of youth in building a vibrant India”, amid tight security, as even media was not allowed to cover, ostensibly to avoid being a witness to such an embarrassment and discomfort.

A perturbed Congress lawmaker in the Lok Sabha, however, differed with them and said “you might see it but I don’t see a vision that the BJP is projecting”.

The hour-long interaction was part of Rahul’s outreach programme to campus students across the country.

When a bemused Gandhi again asked students if Make in India was also working, they replied in unison with ‘yes’!