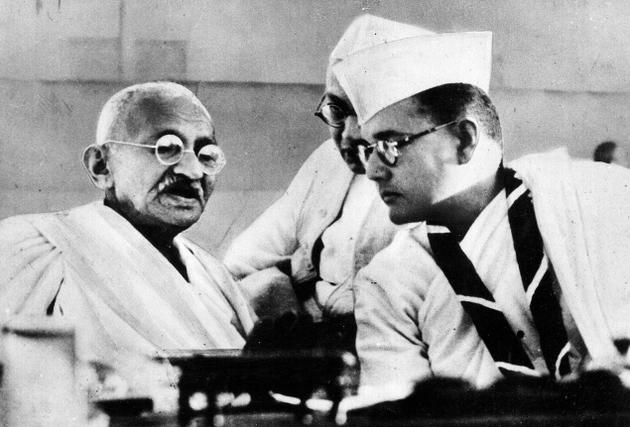 Kolkata, Sep 18 (IANS) Giving impetus to the decalcification campaigns as well as fuelling the debate on the disappearance of Netaji Subhas Chandra Bose, 64 classified documents with the West Bengal government were made public on Friday.

Fulfilling a longstanding demand by Netaji’s family members and researchers, the original files consisting 12,744 pages and containing many intriguing facts were unveiled at the Calcutta Police Museum while digitised version of the copies were handed over to Netaji’s descendants and media persons at a ceremony attended by Chief Minister Mamata Banerjee.

Calling upon the Narendra Modi government at the centre to follow suit and publicise secret documents, Banerjee said the declassified 64 files contained letters supporting the theory that Netaji was alive after 1945 and that his family was snooped upon.

“There are certain letters where many have said that Netaji was alive after 1945,” she said.

But the crash theory has been rejected by scores of Netaji’s followers and admirers and claims of the revolutionary leader resurfacing continue to intrigue and divide Indians over the years.

“Historians and researchers must study these files minutely. We must know the truth about the great, brave son of the soil.

“The truth should come out. If there is nothing to hide, why is the centre not declassifying (the files)?” asked Banerjee, who is also the Trinamool Congress supremo.

Banerjee, who examined several of the documents, said there were many intercepts of letters to the Bose family and they were under surveillance.

“I have seen the documents, it is clear… the family of Netaji was spied upon,” said Banerjee, who on September 11 had announced the decision of declassifying the files that were maintained by the special branch of the city as well as the state police dating back to the 1930s.

While bureaucrats at the centre have been denying declassifying the documents citing it could affect international relations, Banerjee asserted that her government went ahead with the decision only after ensuring bilateral ties were not affected.

She asserted that law and order problems were unlikely to arise due to the declassification and if at all such problems surface, the state government was ready to tackle them.

The digitised version of the declassified 64 files was made available in a set of seven DVDs. The files will be accessible to the public from Monday on a first-come-first-served basis.

Describing the day as historic, Netaji’s descendants, who have been steadfastly campaigning for many years demanding declassification of the secret flies, said it will put pressure on the central government which is claimed to possess over 100 such files.

“The Centre has no other option but to declassify the files it has,” Netaji’s grandnephew and family spokesperson Chandra Kumar Bose said.

“The more important files that can unravel the mystery behind his disappearance are with the central government departments and its time for Modi to act,” he added.

A section of family members and researchers will be meeting Prime Minister Modi in October over the issue. They will also urge the prime minister to approach the Russian and British governments for declassifying files on Netaji by their respective spy agencies.

“We hope these papers will throw more light on the plan and procedure of Netaji by utilising the situation of World War II in favour of liberation of our motherland, India. It will also reveal conspiracy of the then Congress party to keep Netaji away from Independent India,” party general secretary Debabrata Biswas said in a statement.