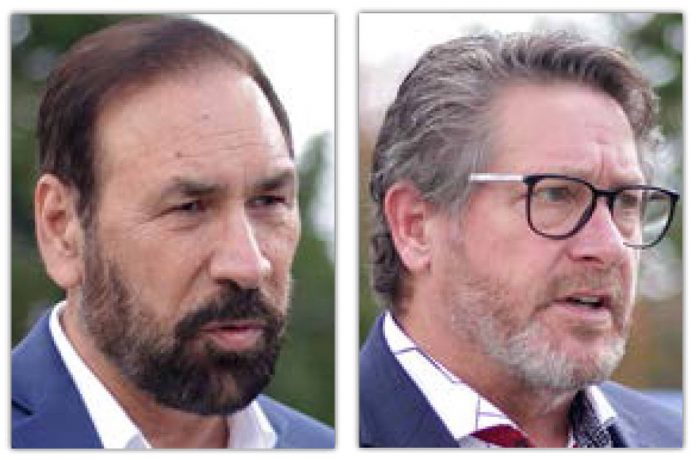 CLOVERDALE – A re-elected NDP government will move forward with expanding both Clayton Heights Secondary and Fleetwood Park Secondary schools to eliminate up to 40 current and future portables and provide good learning environments for Surrey students. The announcement was made today by BC NDP candidates Jagrup Brar (Surrey-Fleetwood) and Mike Starchuk (Surrey-Cloverdale).

“The BC Liberal neglect of schools, particularly here in Surrey, hurt a generation of students,” said Starchuk. “When they had the responsibility to act in the face of overcrowded schools, the BC Liberals shunned that responsibility – only building one school in their last three years. I’m proud to stand with John Horgan in fixing education and delivering the expanded schools and quality classrooms students need to learn and thrive.”

“Over the past three years, our government embarked on the largest modernization of BC schools in our province’s history, with more than 100 new schools or upgrades underway,” said Brar. “We’re here today to add to that total by announcing two new school expansion projects that will get students out of portables and into quality classrooms.”

The proposed expansion at Clayton Heights Secondary would see capacity increased by as much as 50 percent – from the current 1,000 seats to a possible 1,500 seats. Fleetwood Park Secondary would also see an increase of up to 500 seats, from the current 1,200 to 1,700 seats. This will eliminate the portables at both schools. Current cost estimates sit at around $38 million for each school.

“The expansion of Clayton Heights Secondary will mean it is ready for continued growth, providing greater security for families who want to become part of our community,” said Starchuk. “And, beyond the numbers, this project will deliver a better learning environment for our students.”

In its first three years, the John Horgan NDP government  invested in more than 100 school construction and upgrade projects – 18 alone in Surrey. These two projects will be funded through the new $3 billion Recovery Investment Fund – a highlight of the BC NDP’s platform – which will be used to create needed infrastructure at the community level, creating good jobs at the same time.