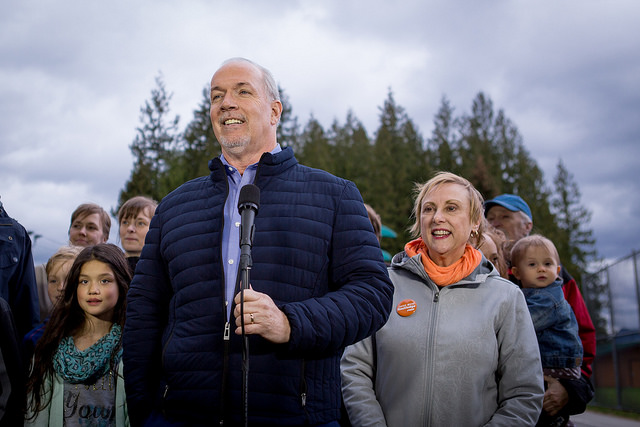 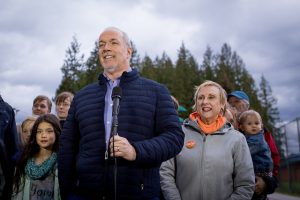 Burnaby: BC NDP leader John Horgan will restore funding for school playgrounds and classroom essentials that Christy Clark cut.
“Parents should be able to focus on their children’s education instead of on holding endless fundraisers to pay for school playgrounds and basic school supplies,” said BC NDP leader John Horgan at a campaign stop at a Burnaby playground.
“For 16 years, Christy Clark has been undermining and underfunding our public schools, making it harder for our kids to succeed. Parents have been forced to pick up the slack to make sure kids and classrooms have the basics they need to learn in a happy, healthy and productive environment.”
A BC NDP government will provide $30 million annually to school districts to stock schools with essentials like textbooks, art supplies, and sport equipment that parents have been forced to raise money for under the Christy Clark government.
And we’ll get people to work upgrading school playgrounds that are in disrepair or need important safety and accessibility improvements through our Community Partnership Fund.
John Horgan and the BC NDP will restore funding for school playgrounds and classroom essentials by:

Ontario to plans to tie minimum wage to inflation