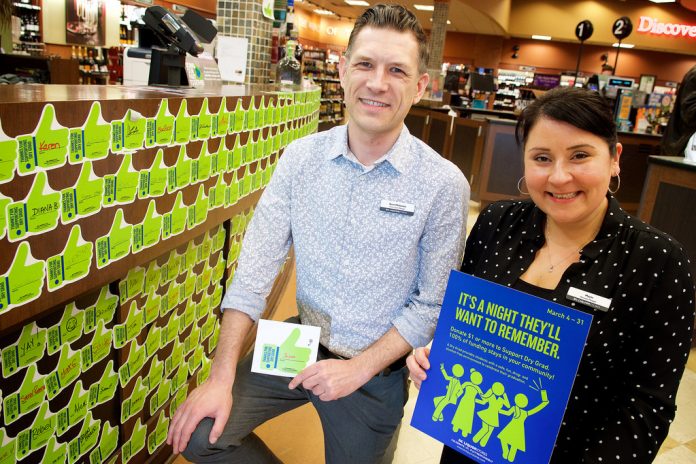 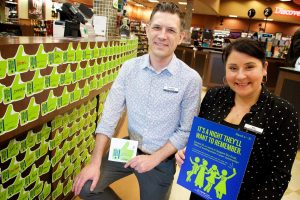 “We are thrilled by the level of support BC Liquor Stores’ customers have shown for this year’s Support Dry Grad campaign,” said Liquor Distribution Branch general manager and CEO Blain Lawson. “The response clearly demonstrates the level of commitment from our customers and employees to keeping alcohol out of the hands of minors, and encouraging them to participate in safe, fun and memorable graduation celebrations.”

All donations raised by BC Liquor Stores (BCLS) go to the school district in which the BC Liquor Store is located, and are distributed to public high schools and participating independent schools that are planning alcohol-free graduation activities.

“We are so grateful to our customers for getting behind this year’s Support Dry Grad campaign to achieve such an amazing result,” said BCLS Westwood Centre store manager Sean McKenzie. “Providing opportunities for young people to enjoy alcohol-free graduation celebrations is a great cause, and one that the team at Westwood Centre BC Liquor Store is proud to support.”

The Support Dry Grad campaign is an integral part of the BC Liquor Distribution Branch’s (LDB) efforts in keeping alcohol out of the hands of minors, and highlights the LDB’s commitment to social responsibility.

• The top five fundraising BC Liquor Stores in 2018 were: