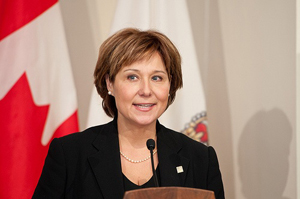 BC Liberals are the first party to nominate a full slate of candidates for the 2017 provincial election – fielding the strongest team ever assembled for a campaign in British Columbia.

“Our plan for a strong B.C. starts with a team of candidates that represents the best our province has to offer,” said Premier Christy Clark. “These women and men are as diverse as today’s British Columbia, and united by the belief that creating jobs and growing our economy is the only way to look after the people we love and build a bright future.”

A majority of the renewed BC Liberal team, 45 candidates, are not currently MLAs.

Eight are under 40 years old, all with critical perspectives – including young parents, social innovators and professionals, and two students.

For the first time, the party has attracted three respected Indigenous leaders – Wanda Good in Stikine, Ellis Ross in Skeena, and Dallas Smith in the North Island – marking a milestone for the BC Liberals and for representation of these historically underrepresented communities.

“The Premier tasked us to go out and find candidates who reflect the full diversity of our free enterprise coalition and of communities up and down this province, and I’m proud to say we’ve delivered,” said Sharon White Q.C., party president. “I’m particularly proud that our team is 40 per cent women, the most we’ve ever had – bringing an important perspective, and achieved through our merit-based system.”

“I’ve been in provincial politics a long while, and I’ve never seen a team this strong,” said campaign co-chair Rich Coleman, BC Liberal candidate in Langley East. “We’ve got a millwright, two Olympians, a truck driver, a former Air Force base commander, a human rights activist, entrepreneurs in fields from tech to agriculture, doctors, longtime union members, avid outdoorspeople – what other party can say that?”

Meet the full BC Liberal team at http://bclib.ca/TeamBC2017. The provincial election will be held May 9th.

Premier of the State Council of the People’s Republic of China,...