Richmond:  Today, the BC Liberals committed to funding and building a new acute care tower for Richmond Hospital, a project that the NDP announced more than two years ago and have failed to take action on, despite the current tower being seismically unsafe.

“Richmond residents need to know that our hospital will endure an earthquake. To date, we have seen promise after promise from John Horgan and the NDP government but no money and no action for this project,” said Matt Pitcairn, the BC Liberal Candidate for Richmond-Steveston

“I’ve been championing this project since I was first elected, and in 2016 under the BC Liberal government, it was becoming a reality. Here we are, over three years into the NDP government and the hospital is the same with no shovels in the ground, no contracts awarded, and no money allocated,” added Teresa Wat, the BC Liberal Candidate for Richmond North Centre

This infrastructure commitment is part of the BC Liberals’ $8 billion Rebuild B.C. plan, that includes important infrastructure projects like this new acute care tower and a new 10-lane bridge to replace the George Massey Tunnel.

“This is just another example of another NDP project without shovels in the ground. Richmond deserves better than this. Richmond needs action. It is time to stop making empty promises and get this project started,” continued Jas Johal, the BC Liberal Candidate for Richmond-Queensborough

“The people of Richmond need proper healthcare in a new acute care tower. This requires a proper business plan and a budget to build it. What a disappointment to learn that the NDP is all talk, with no money to build our hospital. The BC Liberals will plan it, fund it and build a new Richmond Hospital acute care tower,” concluded Alexa Loo, the BC Liberal Candidate for Richmond South Centre.

Rather than following through on important infrastructure projects they had previously announced, the NDP decided to call a risky pandemic election. It’s time for a government that put the needs of this province first and only the BC Liberals are committed to restoring confidence and rebuilding B.C. 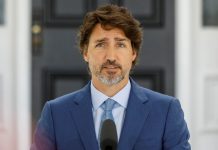