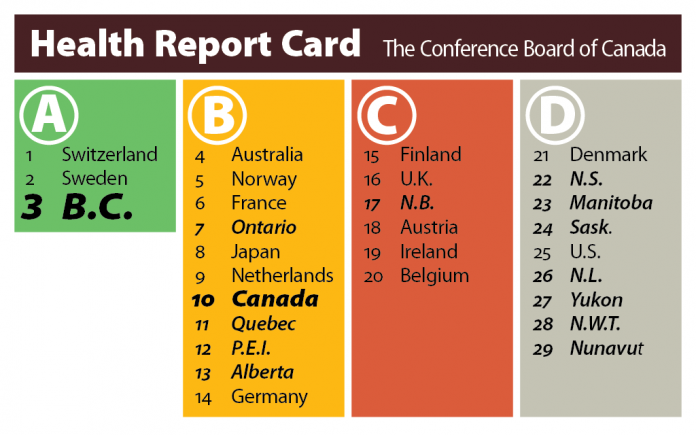 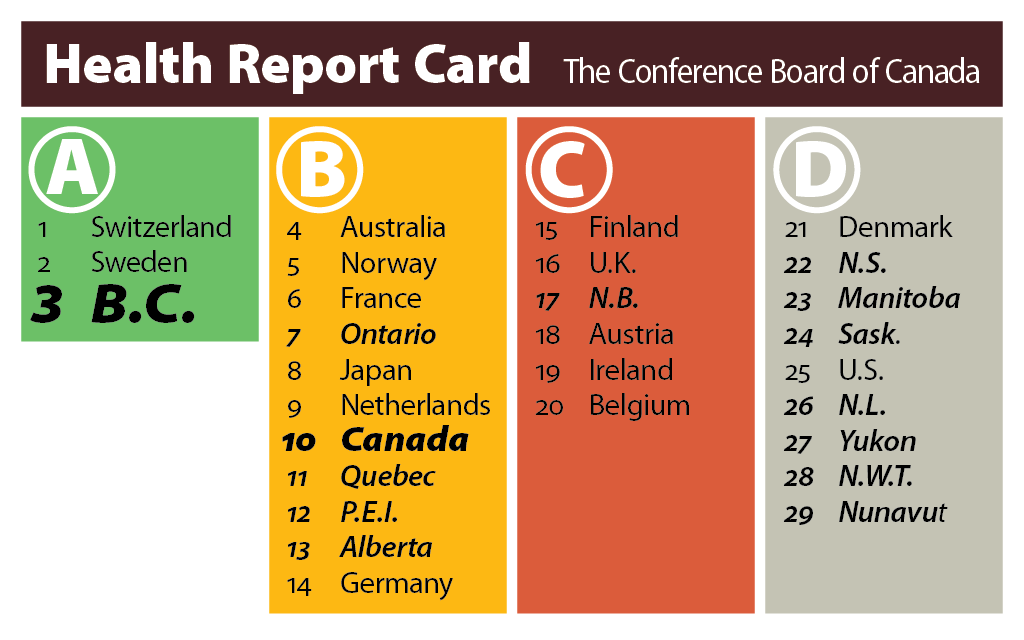 Vancouver: BC Health Minister Terry Lake, commenting on the Health Report Card from the Conference Board of Canada, attributed the ranking to the “high priority the government places on the health and quality of life in British Columbia.”  Lake added that this was achieved while maintaining among the lowest per-capita health-care spending.

With a life expectancy of 82.2 years, the longest in the world, BC scored four “A” grades in life expectancy; premature mortality; self-reported health status; and mortality due to cancer.  It was the only province to receive an A score overall.

In BC, the fundamentally different approach of the government and physicians working as close partners is unlike most other provinces and countries according to Dr. Bill Cavers, President of Doctors of BC, which was another contributing factor.

The report said high health outcomes are a result of; healthier lifestyle choices; daily low smoking and drinking rates; the lowest levels of obesity; and the highest population percentage of people who are physically active.

Evaluated against 15 peer countries and all provinces and territories, BC scored third behind Switzerland and Sweden.  Australia was 4th, the UK was16th, and the United States placed 25th. The only low grade was a “C” in mortality due to diabetes, despite the province having the lowest diabetes prevalence rate in Canada.

How Canada scored: B on health ranking 10th; D for innovation; Income equality has increased over the last 20 years; generates more waste per capita than any of its peer countries.

Given what we know about the problems that exist with crowding, delays for access to treatment.  Do you agree with this ranking? Send us your views at news@swmediagroup.ca

Micro condos will face their first real test in Canada this...