Ottawa: The Bank of Canada will make its latest interest rate announcement today and update its outlook for the economy.

The central bank’s key interest rate has been at 0.25 per cent since March when it was dropped in response to the economic fallout from COVID-19.

Governor Tiff Macklem has seemingly ruled out any further drops, adding that the central bank doesn’t plan to raise the rate until well into an economic recovery.

In his first speech as governor late last month, Macklem said the central bank expects to see growth in the third quarter of this year as restrictions ease, but warned of a “prolonged and bumpy” course to recovery.

The bank will outline what Macklem described as a “central planning scenario” for the economy and inflation, as well as related risks such as local, but not national, lockdowns.

The Bank of Canada said in April that it expected inflation to be close to zero in the second quarter.

The federal government’s economic “snapshot” last week pegged inflation at 0.5 per cent for this year, then rising back to two per cent in 2021.

The reading was based on the average of forecasts from 13 private sector economists.

Statistics Canada data showed the consumer price index posted a year-over-year decline of 0.2 per cent in April followed by a drop of 0.4 per cent in May as lockdowns put a damper on consumer spending. 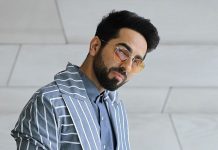 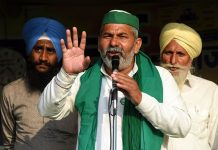 Will march to Parliament with 40 lakh tractors if farm laws not repealed: Rakesh Tikait