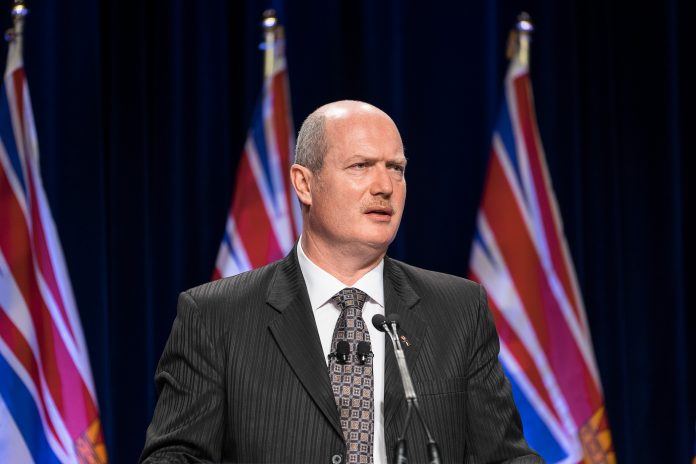 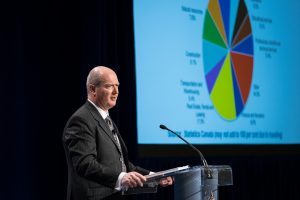 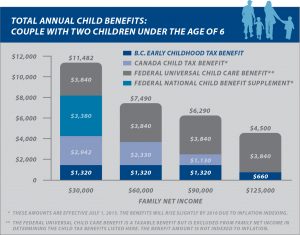 Victoria: BC Finance Minister Michael de Jong announced today that B.C. government’s third consecutive balanced budget builds toward a stronger and more diversified economy and delivers additional support to British Columbians who are most in need.

The Finance Minister said that Balanced Budget 2015 forecasts a surplus of $879 million in 2014-15, with further surpluses forecast in all three years of the fiscal plan:

The fiscal discipline that has achieved balanced budgets three years running provides room for modest investments that strengthen and encourage growth in key economic sectors, sustain core public services, and make life a little easier for families and those in need.

Budget 2015 invests new funding over three years to support and strengthen economic growth across the province. Key measures include:

Effective September 1, 2015, child support payments will be fully exempted from income assistance calculations. This translates into an additional $32 million over three years for some of the neediest children and families in the province. This change will benefit approximately 5,400 children in 3,200 families who currently receive income and disability assistance.

Approximately 180,000 families will begin receiving the B.C. Early Childhood Tax Benefit starting April 1, 2015. It provides up to $660 a year for each child under the age of six, to help with the cost of child care. The cost of this program will be $146 million annually beginning in 2015-16. Also available starting this year is the Training and Education Savings grant – a one-time payment of $1,200 for every child resident in B.C. who was born since January 1, 2007. As many as 40,000 children may be eligible every year, once they turn six.

The budget reaffirms the B.C. government’s commitment to health care with an increase of almost $3 billion to the Ministry of Health over three years. Additional funding will support hospice services for children and adults. The Province also intends to provide up to $12.5 million to the Canadian Cancer Society towards establishing a world-class cancer prevention centre in Vancouver.

Kindergarten to Grade 12 education will receive additional funding of $564 million over three years as government meets its funding commitments for collective agreements negotiated in this sector — including a 33% increase to the Learning Improvement Fund.

Minister of Finance Michael de Jong said, “The discipline we showed through the recession to bring the budget into balance has given us the flexibility to make modest, strategic investments that maintain public services like health care and education, as well as strengthen and encourage growth in key economic sectors.

“The diversity in our economy and export markets have insulated B.C. from the worst of the economic downturn. Budget 2015 will support further diversification by creating a new partnership with the maritime shipping industry, continuing our partnership with the growing aerospace industry, and helping B.C. businesses tap into the opportunity represented by the new renminbi hub to sell their products and services to China.”