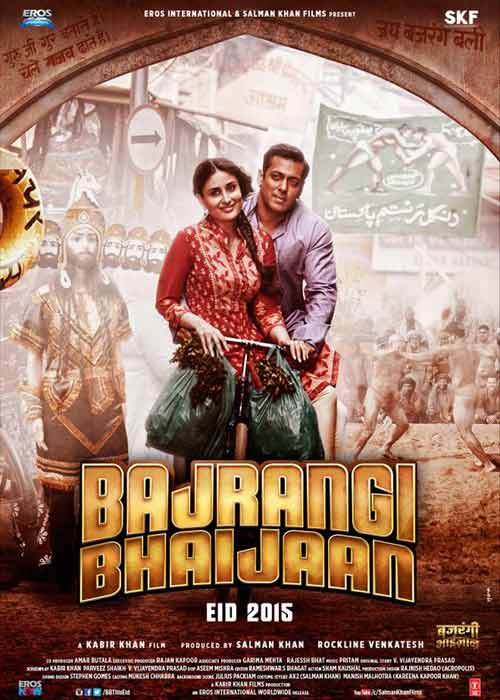 Karachi, July 14 (IANS) Indian superstar Salman Khan’s “Bajrangi Bhaijaan”, which is about a man discovering love during a journey from India to Pakistan, will release across the border, albeit with a few cuts.

According to sources, it has already been censored in Islamabad and Karachi, but its fate will be determined by whether or not it gets approved by the Lahore censor board, reports The Express Tribune.

Terming the censor screenings in Islamabad and Karachi as a ‘routine’ procedure, chief executive of Eveready Pictures, Satish Anand, said that the process of censoring the film was the same as it is for any other international film.

“’Bajrangi Bhaijaan’ has been approved for Eid release by the CBFC but with several cuts (to the film),” The Express Tribune quoted the chairman of Pakistan’s Central Board of Film Censors (CBFC) Mobashir Hasan as saying.

The Kabir Khan directorial narrates the story of a Hindu man on a mission to take a young Pakistani girl, who is dumb and mute, back to her country. It chronicles the adventures and experiences he stumbles upon during his road trip.

The film also stars Kareena Kapoor Khan and Nawazuddin Siddiqui and will hit Indian screens on Friday, before Eid which is on July 18.

Hasan added that the panel that recommended these changes comprised members of national security agencies, film critics and members of civil society, who made the decision after a thorough discussion.

A slew of Indian films like “Baby”, “Ek Tha Tiger” and “Agent Vinod” with the Indo-Pak theme in focus, faced a ban in Pakistan.

Hasan also shared that the censor board is a regulatory body and determining the time of release of a film doesn’t fall within its jurisdiction, but that it has ‘approved’ “Bajrangi Bhaijaan” for Eid.

Following the imposition of the 18th Amendment and subsequent decentralisation, the censor board doesn’t hold the power to censor the film across Pakistan.

All the cinemas in the Islamabad Capital Territory (ICT) and cantonments around the country come within the censor board’s ambit.

Apart from that, since Khyber Pakhtunkhwa is yet to form its own censor board, it also receives directives from the central board.