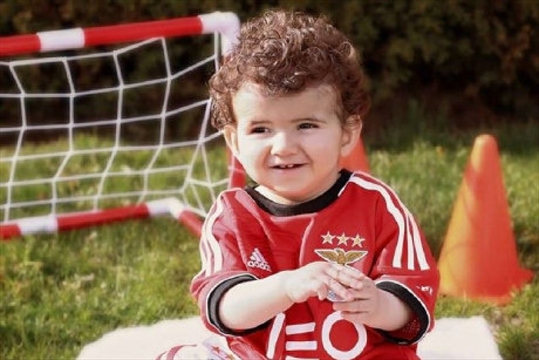 TORONTO: A dangerous bacterial disease that has been rendered rare by vaccination has struck a little boy in Toronto.

One-year-old Ethan Faria has had part of both legs amputated in an attempt to save him from a blood infection triggered by Hemophilus influenzae Type B.

The child is being cared for at Toronto’s Hospital for Sick Children, which is refusing to comment on his case citing the family’s desire for privacy. But earlier the family spoke with CBC about the child’s illness, which was first thought to be pneumonia.

On a crowdsourcing website, friends of the boy’s family described his situation as they attempted to raise $50,000 to help the family with expenses.

Ethan is suffering from a severe infection with Hemophilus influenzae Type B. Hib, as it is more commonly known, is a bacterium and is not related to influenza, a virus.

Once the cause of about 900 severe illnesses a year in Canada, Hib cases have become rare since vaccination to protect against it began in the mid-1980s. Currently children are protected against Hib in combination vaccinations that also cover diseases such as polio, pertussis, diphtheria and tetanus.

Reports suggest Ethan was up to date on his vaccinations, which would mean he would have received three shots containing Hib vaccine at two, four and six months. But a fourth dose is required to get optimum protection and in Ontario that booster shot is given at 18 months. The boy is too young to have received that last shot.

Dr. Shelley Deeks, medical director for immunization and vaccine-preventable diseases at Public Health Ontario, said Tuesday that the Hib vaccine is considered 95 per cent effective when a child has received all four doses. Without the last booster, protection rates would be expected to be somewhat lower, she said.

The little boy’s case is clearly tragic. But in general, parents do not need to worry about Hib if their children are fully vaccinated, Deeks said.

“Hib has been one of our huge success stories,” she said, explaining that Ontario nowadays only sees between one and 10 severe Hib infections a year.

“Hemophilus influenzae Type B is a very rare condition in Canada…. We don’t tend to see clusters so the message that parents should know is that they just need to make sure their children are immunized to protect them against the disease.”

But when it develops into severe disease, it can take several forms. It can trigger pneumonia, bacteremia (a bloodstream infection) and meningitis, an infection of the covering of the brain and the spinal cord.

It can also cause epiglottitis, an infection of the epiglottis, the valve that closes the windpipe when a person swallows food or liquid. This condition, which causes the epiglottis to swell, can be life-threatening; it effectively cuts off air flow to the lungs.

Serious and permanent side-effects can occur, depending on how the illness hits. For instance, meningitis can lead to brain damage or hearing loss and a bloodstream infection can trigger the need to amputate limbs.

Most severe cases occur in children under five years of age, though adults 65 and older are also at higher risk than the rest of the population.

McGeer said Hib is not highly contagious. The bacterium spreads by coughing and sneezing, kissing and sharing drinks.