Victoria: British Columbia’s balanced budget has been shattered by the COVID-19 pandemic, with the province forecasting a deficit of $12.5 billion for 2020-21.

Finance Minister Carole James said the numbers are staggering with job losses of 235,000 since February and a predicted GDP decline of 6.8 per cent by the end of this year.

“We were preparing for economic moderation, we were well-equipped to be able to weather the challenges,” James said at a news conference Tuesday.

“What came next was unprecedented. Mere weeks after Budget 2020 was tabled, our entire world changed.”

The government has provided $6.26 billion in financial aid to businesses and individuals. Among the losses it anticipates this fiscal year because of the pandemic are close to $1 billion in personal income tax, $973 million in corporate income tax and $1.3 billion in provincial sales tax, James said.

The projected GDP decline in 2020 would be the worst on record going back to the 1980s, although it is also projected to increase by 3.1 per cent in 2021.

“As those numbers remind us, this could be the worst downturn experienced in our province recent history,” she said.

B.C.’s restart plan is showing signs of hope for the economy as consumer confidence increases, she said. The unemployment rate is slowly rebounding and fewer wildfires and floods have helped the bottom line.

Regardless of how B.C. copes with the pandemic, James said its economy is also subject to the economic health of other jurisdictions, particularly those that buy from the province.

James said it wouldn’t help the economic recovery to pull back on spending, but the government will review every cent spent as it heads into the next budget year.

The B.C. government has tabled legislation giving itself room for three years of deficits, which James said will be re-examined each year.

James said she believes people care about provincial deficits because they understand it’s taxpayer money, but they also understand the emergency the pandemic created.

She declined to predict how long the recovery would take, given the many moving pieces at play.

“There is no question that COVID-19 has had a profound impact on the economy of British Columbia and that’s not short term,” she said.

The job losses have been widespread but some have been disproportionately affected, depending on a worker’s age, gender or which sector they work in, James said.

Young workers are among the hardest hit, with the unemployment rate rising sharply from 9.1 per cent in February to 29.1 per cent in June for those aged 15 to 24.

Women, who dominate the service industries and many of whom have also left jobs to care for family members, are another group more affected. Their unemployment rate rose from 4.8 per cent in February to 13.4 per cent in June.

The hardest hit industries include wholesale and retail, accommodation and food services, construction, culture and recreation.

The overall unemployment rate of 13 per cent remains at its highest level since 1987. While the job losses in March and April were record breaking, the figures for May and June have seen modest recovery as the economy started to reopen.

“The projected numbers are staggering but they’re not without hope. Things are getting better each and every day when we follow the provincial health officer’s advice,” James said.

The NDP government’s fiscal update was met with calls for an economic recovery plan by its political opponents, with the Opposition B.C. Liberals asking what happens when federal benefits like the Canada Emergency Response Benefit run out.

“People in every corner of B.C. have had to adjust to a new normal and adapt their household budgets, so why is this government pretending it’s business as usual?” he asked in a statement.

The Green party said the province should transition to a green economy by helping traditional industries become more sustainable, spending on training and building local businesses into the supply chain.

“We can seize the once in a generation opportunity to strategically drive stimulus spending towards a future British Columbians want: an innovative, low-carbon, sustainable, just and inclusive economy for all,” interim leader Adam Olsen said. 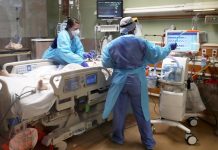 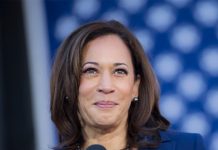 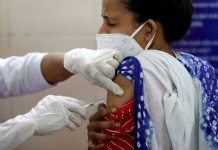