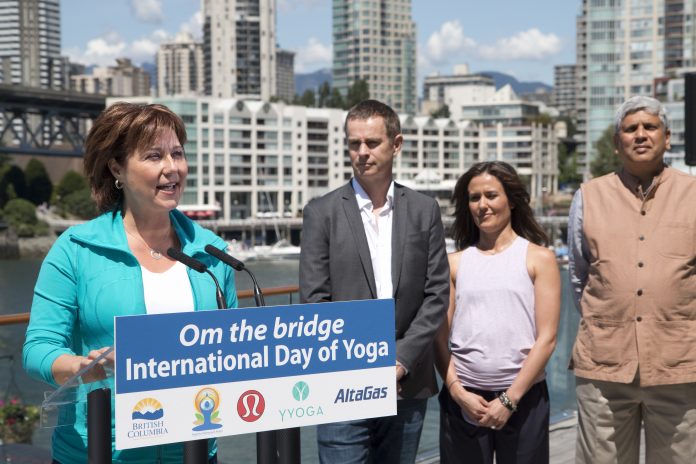 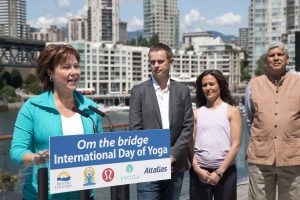 VICTORIA: Backlash against a mass yoga session planned for a downtown Vancouver bridge has prompted British Columbia’s premier and two major sponsors to drop out of the event.

Christy Clark says in a tweet that she will not participate in Om the Bridge on June 21 and that yoga is about celebrating peace and harmony, not politics.

Retailer Lululemon and YYoga, a chain of yoga studios, also announced Friday that they will pull out of sponsoring the event.

Clark has been criticized for announcing the closure of the Burrard Street Bridge to celebrate International Yoga Day.

Her plan even drew the ire of children’s author Raffi, while others say Clark should be focusing on aboriginal issues because June 21 is also national Aboriginal Day.

Clark has said that Yoga Day is celebrated worldwide by millions of people and is sanctioned by the United Nations.