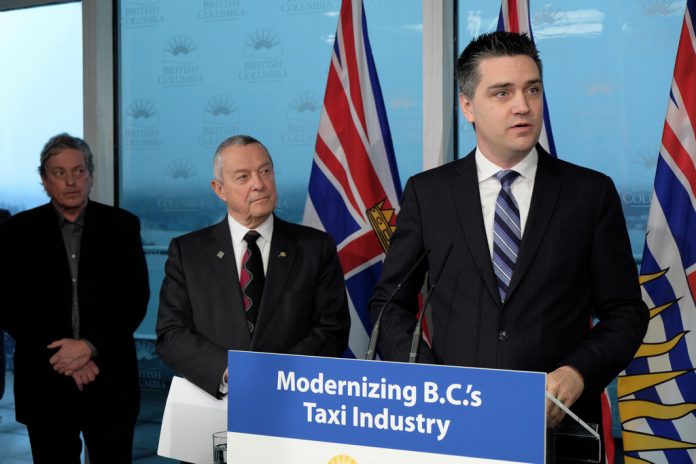 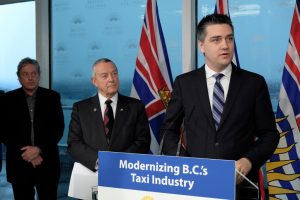 Victoria: British Columbia plans to introduce a series of improvements to help the taxi industry modernize and remain competitive in anticipation of ride-sharing services coming to British Columbia by the holiday season at the end of 2017, Transportation and Infrastructure Minister Todd Stone and Community, Sport and Cultural Development and Minister Responsible for TransLink Peter Fassbender announced today.

In recognition of the important and long-standing role of the taxi industry in providing passenger transportation services in the province, the government intends to introduce a number of improvements that will ensure a level playing field in B.C. These include:

In addition to these improvements, the Province will require the same safety standards for both taxis and ride-sharing providers in order to protect the public and drivers. As part of this, Class 4 licenses will be phased out for taxi drivers, and taxi and ride-sharing companies will be responsible for maintaining records that prove:

Finally, the Province will make sure that appropriate safeguards are in place to protect consumers through fair and transparent pricing.

These proposed improvements are the result of extensive feedback and consultation with stakeholders throughout the province, including the taxi and limousine industry, local governments, business associations, accessibility groups, and transportation network companies. Participants told the province they wanted:

Beginning this summer, government will seek additional input from taxi drivers, the ride-sharing and taxi industries, police, airports, municipalities, ICBC and RoadSafetyBC as the Province finalizes its plan in time for the 2017 holiday season.

Todd Stone, Minister of Transportation and Infrastructure said: “British Columbians have told us that they want ride sharing services, and we’re moving forward to make it happen. While we’re taking action, we know that many people rely on taxis to support themselves and their families. That’s why we’re making investments to modernize the taxi industry and create a level playing field.”

Peter Fassbender, Minister of Community, Sport and Cultural Development and Minister Responsible for TransLink said: “Over the past year, we’ve had some very important conversations with taxi companies and drivers who told us that we need to ensure fairness so they are able to compete effectively with ride sharing providers. This is why we’ve worked so hard to develop these measures, which reflects what I heard through extensive consultations and will allow ride sharing companies to operate, but also allows the taxi industry to be competitive.”