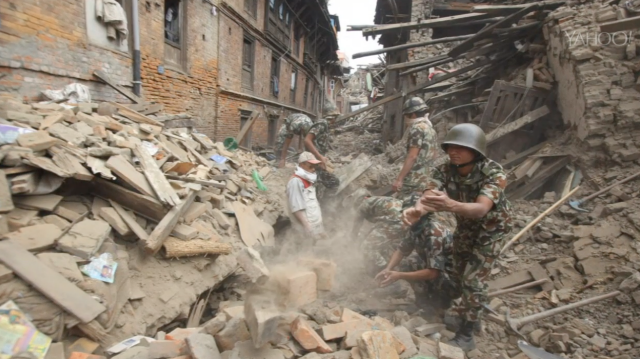 RICHMOND: A team of British Columbia firefighters has returned from earthquake-stricken Nepal after rescuing a trapped Canadian and helping the national army recover bodies.

The crew of 22 men, three doctors and three dogs from Burnaby and Mission fire halls arrived back in Canada from a one-week rescue mission.

The group spent several days searching for buried survivors around the capital Kathmandu and also journeyed to remote villages several hours to the east.

Capt. Steven Leslie says it’s going to be a tough go for the people who must rebuild their lives because they saw entire villages where every building will have to be torn down.

The volunteer team members deployed to the Himalayan country paid their own way and used their own time, while their flight was sponsored by Cathay Pacific.

More than 4,000 rescue workers from around the world have travelled to Nepal since the April 25 disaster that’s killed more than 7,300 people.

New truck parking facility to be constructed in Delta by 2016