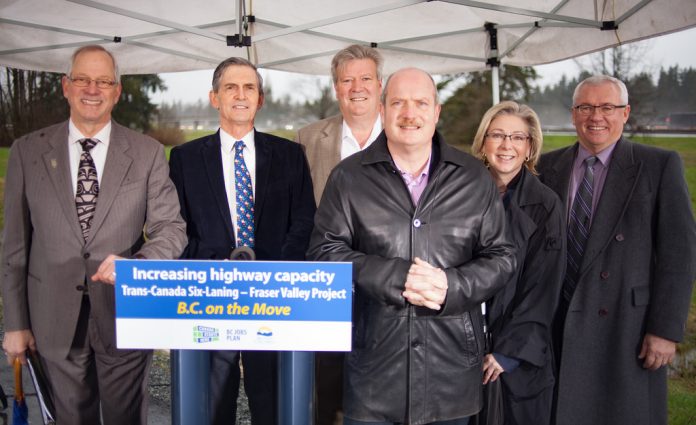 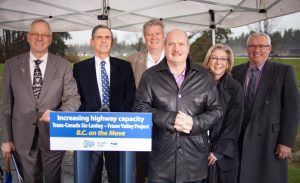 Langley: Today, the British Columbia government has committed $113 million in its share of funding for Phase 2 of the Trans-Canada Six-Laning – Fraser Valley Project.

This will be a federal-provincial-municipal project to six-lane the highway from 216th Street to 264th Street.

“This major highway widening project will improve safety, capacity and access on this important route that serves as the main east-west link for several Fraser Valley communities, such as Abbotsford, Aldergrove and Langley, connecting with the Lower Mainland and vice versa,” said Fort Langley-Aldergrove MLA Rich Coleman, on behalf of Transportation and Infrastructure Minister Todd Stone. “As traffic along this stretch of Highway 1 continues to increase, it’s important to get going on a fix and get the traffic moving again. Investing in this second phase of six-laning will help get this safety and capacity upgrade project moving.” 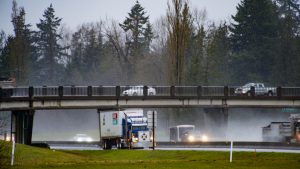 ost is estimated to be $235.5 million. The provincial government is seeking funding contributions from the Government of Canada and the Township of Langley. Design work is expected to start in the fall of 2017.

“I’m so glad to see that relief is on the way for the commuters who struggle everyday with traffic to and from the valley on Highway 1,” said Langley MLA Mary Polak. “This is exactly the type of investment that makes life easier for families who call our communities home.”

“Gridlock traffic impacts an individual’s valuable time with family, and idling leads to increased pollution,” said Abbotsford West MLA Michael de Jong. “The Fraser Valley is enjoying incredible growth and we must ensure that infrastructure is keeping pace. The B.C. government is making record investments to build and continually improve a reliable and efficient transportation network.”

Phase 2 of the project will include:

More than 700 jobs are expected to be created over the life of the corridor improvement project.

“The Township of Langley is very thankful for these upcoming infrastructure improvements along the Township corridor of Highway 1,” said Township of Langley Mayor Jack Froese. “We look forward to working with the provincial and federal government on completing this build on this key corridor, which is travelled every day by local residents and commercial vehicles, as well as tourists.”

“Six-laning Highway 1 between 216th and 264th Streets will be a boon to both our trucking and motor coach members that operate in the Lower Mainland,” said Louise Yako, president and CEO of the BC Trucking Association. “Reducing congestion means fuel savings and fewer greenhouse gas emissions, both a priority for our industry and a benefit for the general public. As well, height increases in the upgrades to the Glover Road overpass and the CP Rail crossing will remove obstructions for overheight vehicles. These improvements are a good move for our industry and for B.C.”

Highway 1 serves as the primary east-west corridor serving and connecting the Lower Mainland to the rest of B.C. This segment of Highway 1 has a daily traffic volume of more than 80,000 vehicles. Of these vehicles, about 6,000 on this stretch are commercial trucks carrying goods and cargo that are vital to the provincial economy and Canada’s Asia Pacific Gateway Strategy.

During weekday peak periods, this segment of Highway 1 has significant traffic congestion, resulting in 1.2 million hours of annual delay to commuters, commercial traffic, and tourists due to heavy traffic through the corridor. The purpose of this project is to improve safety, capacity, and access for all motorists on this key corridor.

The Trans-Canada Six-Laning – Fraser Valley Project is a priority investment in B.C. on the Move, the Province’s 10-year transportation strategy, which committed to improving highway capacity and reliability with the six-laning of Highway 1 between Langley and Abbotsford.

Over the next three years, the Ministry of Transportation and Infrastructure and its partners will be investing over $4.6 billion in priority investments to improve B.C.’s transportation network.