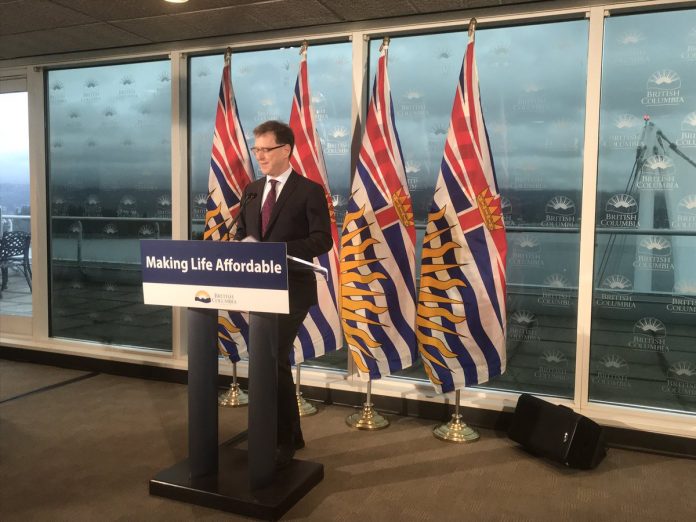 VICTORIA – People in B.C. and across Canada are now better protected against excessive drug prices set by manufacturers, as federal regulatory amendments for the Patented Medicine Prices Review Board (PMPRB) have been announced.

Established in 1987, the PMPRB is a consumer protection agency and an independent, quasi-judicial body that monitors and regulates drug pricing in Canada. The announcement by the federal government marks the first time regulations have been updated since the board was created.

“These are important changes that impact everyone. We know Canadians spend more on prescription drugs, and that drugs themselves are more expensive here than in other countries,” said Adrian Dix, Minister of Health. “In B.C., we have taken action to lower drug costs by making record investments in Fair PharmaCare, helping to negotiate a new national generics agreement and expanding the use of biosimilar drugs. I am pleased that the federal government is now doing what they can to protect Canadians against excessive drug costs.

“I have advocated for these changes, which are in the best interest of Canadians as they will help each jurisdiction provide a more sustainable drug plan by allowing their limited health-care dollars to be used more efficiently. I look forward to continue working with the federal government to better manage excessive Canadian drug prices within the international landscape.”

Highlights of the amendments include expanding the PMPRB’s list of countries it uses to compare drug prices, using market prices, rather than the list cost set by the manufacturer and allowing the board to consider a drug’s value for patients and health budgets. Canadians are expected to save roughly $13.2 billion over 10 years as a result of these changes.

The PMPRB is an essential component of Canada’s pharmaceutical environment, along with Health Canada, the Canadian Agency for Drugs and Technologies in Health (CADTH) and the pan-Canadian Pharmaceutical Alliance (pCPA). Once Health Canada authorizes a drug for sale in Canada, CADTH then reviews the drug for its therapeutic and cost-effectiveness through its common drug review (CDR) process and makes a recommendation to jurisdictions whether to list the drug on its own formulary. Should the CDR recommendation include a price reduction condition, the drug is then put forward to the pCPA, which can enter into negotiations with the drug manufacturer to lower the price of the drug. Each jurisdiction then takes these recommendations into consideration and reviews the drug through its own independent process.

The PMPRB’s role is to investigate whether drug prices are found to be excessive. The board holds public hearings and has the power to issue remedial orders against pharmaceutical companies following a hearing, including paying back any excessive revenues should a company not voluntarily reduce its price.

The regulatory amendments that were announced reflect B.C.’s and the federal government’s shared commitment of improving the affordability, accessibility and appropriate use of prescription drugs, and are a step toward building a national pharmacare plan.

For more information on the federal announcement, visit: https://www.canada.ca/en/health-canada/news/2019/08/government-of-canada-announces-changes-to-lower-drug-prices-and-lay-the-foundation-for-national-pharmacare.html

For more information on the Patented Medicine Prices Review Board, visit: http://pmprb-cepmb.gc.ca/home