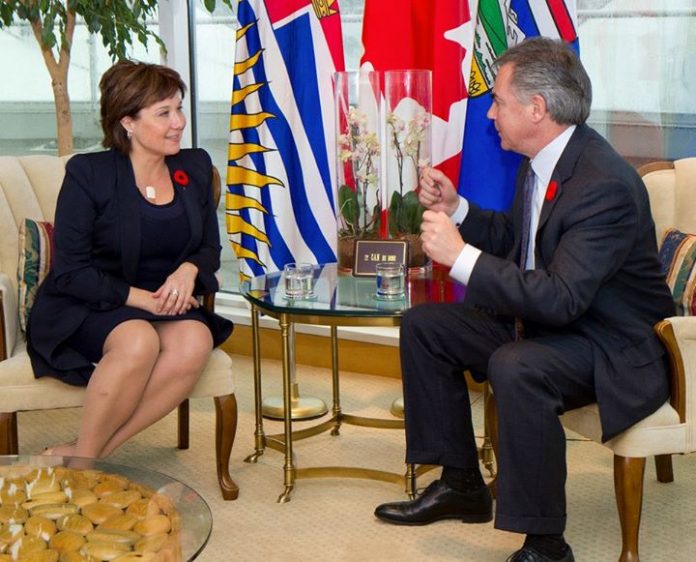 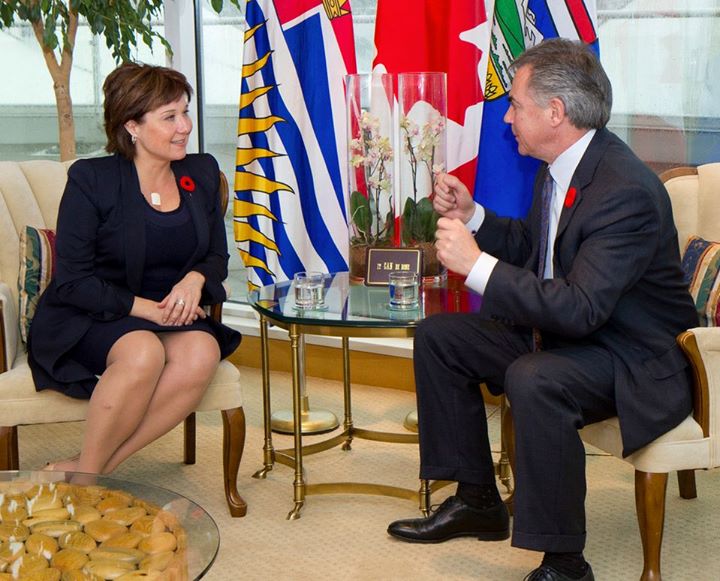 The foundations for a new working relationship were established today between the Premiers of Alberta and British Columbia.

“Increasingly, B.C. and Alberta are the economic engine of Confederation – a role both Premier Prentice and I embrace,” said Premier Clark. “We’re working together to ensure our provinces are able to make even greater economic and cultural contributions to Canada.”

As neighbours with vibrant, diverse economies and a healthy resource sector, both Provinces are focused on maximizing exports into the Asia Pacific and beyond. Premiers Clark and Prentice discussed responsible energy development, natural resource exports to Asia Pacific, reducing barriers to trade and mobility between provinces, fiscal responsibility and cooperation towards a new partnership with First Nations.

“Canada’s western economies are driving growth right across the country. Premier Clark and I are focused on building a relationship aimed at capturing the potential of new markets abroad, creating wealth at home, and building higher quality of life for everyone,” said Premier Jim Prentice.