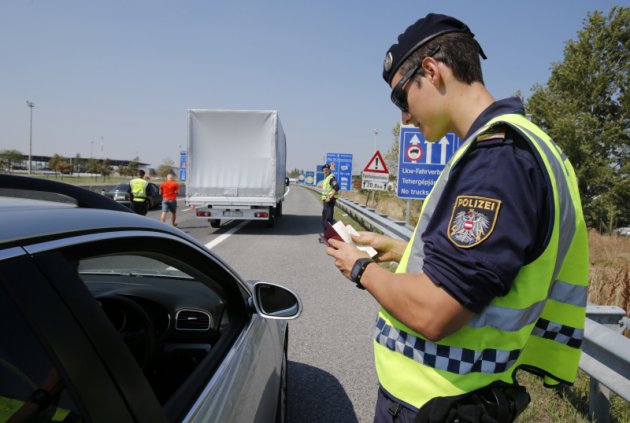 Vienna, Aug 31 (IANS) Austria has tightened border controls on a motorway linking Hungary to Vienna, blocking traffic for 30 km in order to search for human trafficking suspects, the media reported on Monday.

The move came after 71 bodies of migrants were found on August 27 in a Hungarian-owned truck on the M1-A4 motorway, BBC reported.

Over 200 migrants were found in vehicles over the weekend, Austria’s senior police official Konrad Kogler said.

The checks on larger vehicles with space to hide people were introduced on Sunday evening on the orders of Austria’s interior minister.

“We are seeing that the smuggler gangs are acting in ever more brutal and ruthless ways and we must counter them with stronger and harder measures,” said Interior Minister Johanna Mikl-Leitner.

Five people have been detained in connection with the deaths of the 71 people, most of them thought to be Syrians.

The controls have been agreed with Austria’s neighbours Germany, Hungary and Slovakia, Austrian officials said.

Meanwhile, Hungarian police have also apprehended 8,792 migrants who had illegally crossed the border into the country from Serbia over the past weekend, Xinhua news agency reported.

They also detained 36 suspected human traffickers. Most illegal migrants were from Syria, Afghanistan and Pakistan, a police official said.

The official said 562 children were among the 2,367 people halted at Roszke, a village in Csongrad county in southern Hungary, the most popular crossing point for illegal migrants.