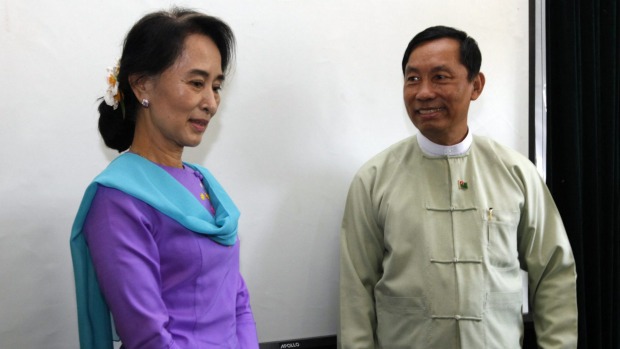 Naypyidaw, Aug 18 (IANS) Myanmar opposition leader Aung San Suu Kyi has announced that she will form an alliance with Shwe Mann, the ousted chairman of the governing Union Solidarity and Development Party.

She was speaking as parliament reopened on Tuesday for its last session before November’s national elections.

His dismissal was seen as an emphatic move by President Thein Sein to tighten his political grip ahead of the vote.

Speaking while lawmakers gathered in the capital Nay Pyi Taw for a final round of parliamentary meetings before the 8 November vote, Suu Kyi said that Shwe Mann’s dismissal by the president on Wednesday made it clear “who is the enemy and who is the ally”.

She said that her National League for Democracy (NLD) party would work with the “ally”.

The Nobel laureate joined the US and Britain in expressing concern over the removal of Shwe Mann before the elections, which are the first since democratic reforms began in 2011.

“This is not what you expect in a working democracy,” she said in relation to the circumstances of Shwe Mann’s removal, adding that divisions within the USDP were likely to result in increased electoral support for the NLD.

US home rental prices up 4.3 per cent in June; momentum...