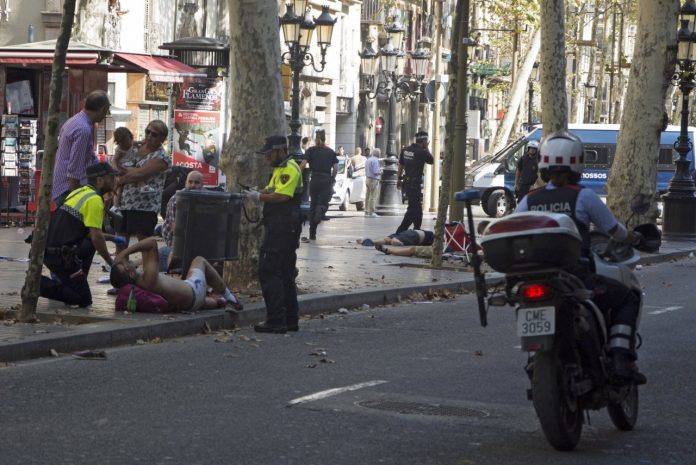 London: At least 13 people were killed and scores injured as a van ploughed into crowds in Spain’s Barcelona city, local media reports said.

Several people were killed as the van sped along the famous Las Ramblas tourist area, sending many fleeing for cover while witnesses said the van had deliberately targeted people before coming to a stop.

According to the El Pais newspaper, the driver fled on foot after mowing down dozens.

Police are treating the incident as a terror attack, reported the BBC.

Meanwhile, according to local media, at least two gunmen had stormed a cafe and taken hostages.

This is the latest terror attack in Europe using vehicles to ram into unsuspecting crowds in city centres and other frequented places.