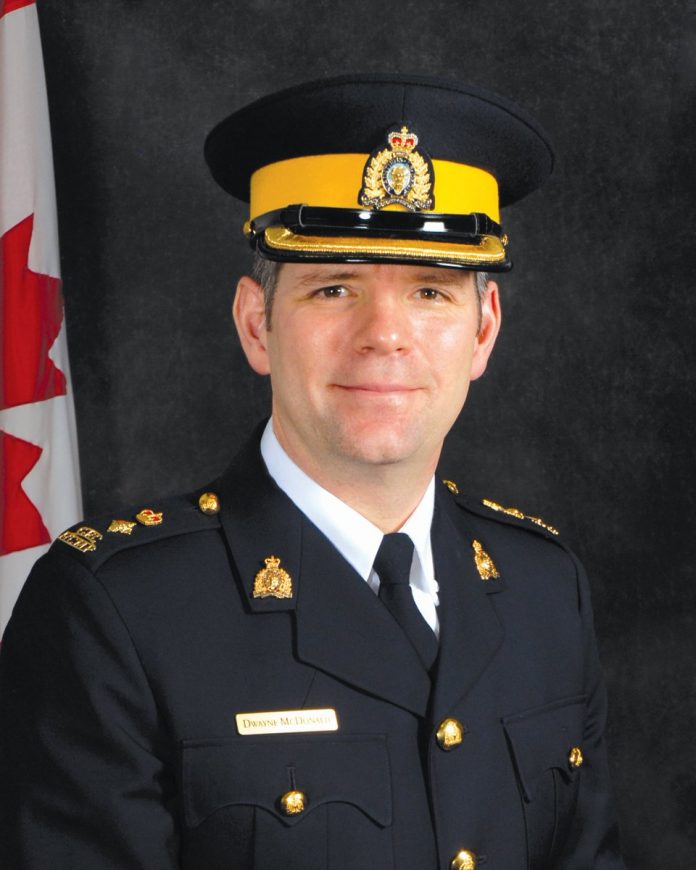 Surrey: The top police officer in Surrey, is leaving his post to take up a new role with the RCMP in the province.

Assistant Commissioner Dwayne McDonald was named officer in charge of the Surrey Mounties three years ago, taking over the largest RCMP detachment in the country.

In his new role, he will be the criminal operations officer in the RCMP unit that oversees federal investigations and organized crime in B.C.

Surrey’s relationship with the RCMP has been in doubt as the city in Metro Vancouver was recently given approval to begin a transition to a municipal police department.

Public Safety Minister Mike Farnworth said in August that a team has been formed between the city and the province to ensure key issues of the transition are addressed, and it will be up to that team to determine if the switch can be done by 2021.

Surrey Mayor Doug McCallum successfully campaigned on a promise to replace the RCMP with a municipal police force.

McDonald said the change is not behind his decision to leave.

“I am mindful that some may view my departure as a harbinger of policing transition in Surrey,” he said in a statement on Wednesday. “I want to assure both the citizens of Surrey and the Surrey RCMP team that this is unequivocally not the case.”

He noted that the city’s contract with the RCMP has not been terminated.

“The province of B.C. has put in place a robust and objective process to study the City of Surrey’s proposal for a municipal police force, and I am confident that their decision on this matter will be fully informed,” he added.

A report released by the city in June estimated the operating cost for a municipal police force would be $192.5 million dollars in 2021, about 11 per cent more than the current RCMP contract.