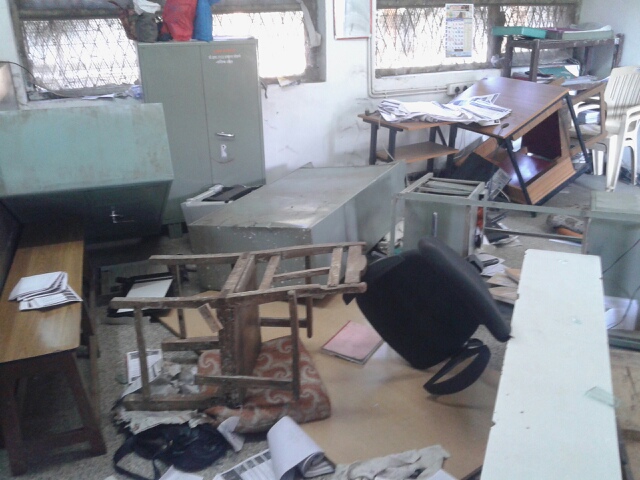 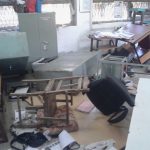 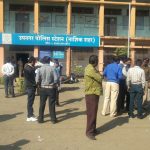 In the first incident, an army lieutenant on two-day casual leave, came to the police station along with a relative to complain about some family dispute, Nashik Deputy Commissioner of Police Hemrajsingh Rajput told IANS.

Apparently irked over some delay in filing the complaint, he and the relative assaulted the on-duty police officer and at least two other policemen.

Top police officials reached the police station and finally arrested the army officer – whose identity was not disclosed – and his relative for assaulting the policemen.

While the army officer was handed over to the Indian Army authorities Wednesday morning with written police instructions to take necessary action against him, the relative was produced before a court, Rajput said.

The second incident took place Wednesday afternoon when a large group of army men from the Deolali Camp nearby reached the Upanagar police station.

“In an apparently retaliatory move, more than 100 jawans from the Deolali army camp wearing track suits and helmets trooped on the Upanagar police station this afternoon (Wednesday) and assaulted several of our on-duty police personnel, besides damaging government property,” Rajput told IANS.

At least two women constables sustained grievous injuries, one policewoman was confined and locked up in a room, while police driver C. Gangurde was beaten up and underwent critical surgery late Wednesday.

Army sources in New Delhi said the court of inquiry will ascertain the facts. They alleged that the police personnel on duty were irked by the way the army officer had parked his motorcycle and he was arrested following an altercation. They said the army personnel went to the police station Wednesday and arguments led to a scuffle.

Army spokespersons in Mumbai and Pune, the headquarters of the Southern Command under whose jurisdiction Nashik falls, said they were not aware of the incidents.

Police said the army men went on a rampage inside the police station and outside, throwing about chairs, tables, office furniture.

They also yanked off communication lines, damaged many police motorbikes in the parking lot, stoned the police station building and a wireless van.

Shocked by the sudden violence by the army men, civilians and students started running helter skelter to safety.

Top police and civil officials including Nashik Commissioner of Police K.K. Sarangal rushed to the Upanagar police station to help their colleagues and take an overview of the situation.

Till late Wednesday, over half a dozen army men were detained by police from various areas of the city and a search was underway for more of those involved in the incident.

Police have registered a first information report over the incident. Further investigation was underway.

Do not believe in divisive politics, Modi tells Muslim delegation