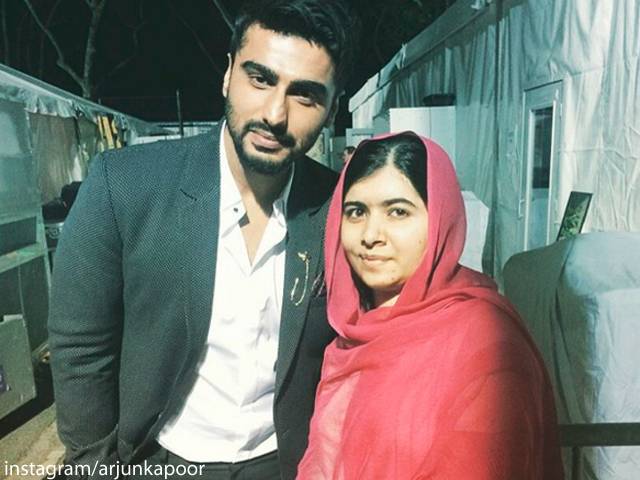 New Delhi Sep 29 (IANS) Bollywood actor Arjun Kapoor is accustomed to getting photographed with his fans, but he went ahead and “asked for a picture” when he met Nobel Peace Prize winner Malala Yousufzai at an event in New York.

“The first and only time I remember asking someone for a picture. She gives humanity hope for a better future @MalalaFund #Malala,” Arjun posted on his Twitter page in the early hours of Tuesday.

Malala and Arjun came face-to-face at the Global Citizen Festival in New York last week. They posed together and can be seen sporting smiles.

Arjun was proud to be there as the International Champion for Global Goals and India Ambassador for the Global Citizen Festival, while Yousafzai, the 18-year-old Pakistani who was shot at in the head by a Tehreek-e-Taliban gunman when she was 14, delivered a powerful speech.

Various world leaders met at the UN in the quest to adopt the Global Goals, 17 targets to end poverty, inequality and injustice, tackle climate change and campaign for a better world by 2030.