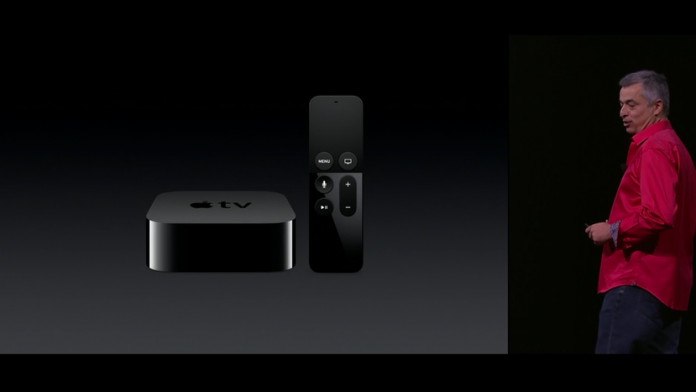 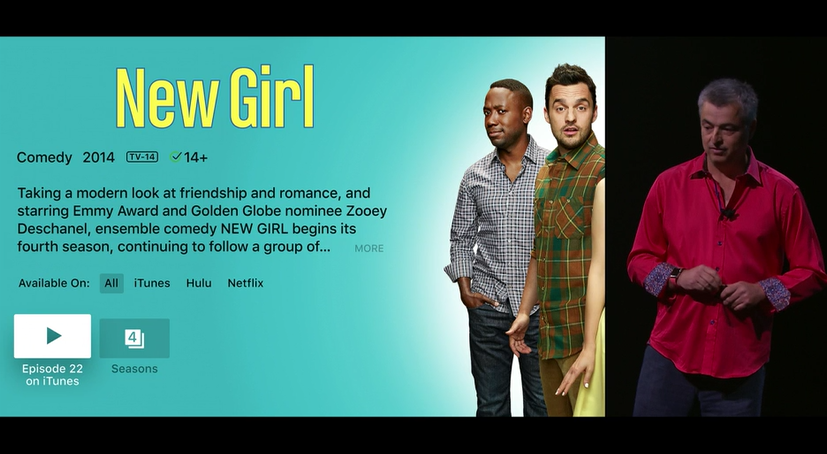 “The future of TV is apps as we are consuming most of our content through apps on a mobile device. The future of TV will be defined by poweful hardware, modern operating system, new user interface, great developer tools and an app store,” chief executive Tim Cook said on Wednesday before calling a top executive from the Apple TV team to explain the new product.

The new Apple TV comes with the app store and a voice plus touch-based remote. “We wanted to give the touch experience on your TV as you would interact with your iPhone or iPad. The remote has a glass surface on the top which let you control the TV,” the top executive said.

“There is also a Siri (voiced-based) search button on the remote which lets the user talk to the TV and pull out any content of their liking. The voice-search is intuitive and advanced and lets users search for news at the bottom of the screen without disturbing the content playing on the TV,” he added. 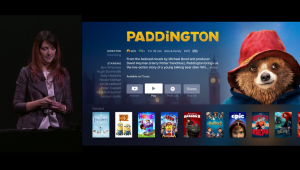 Currently, Apple TV has content from iTunes, Hulu plus, Netflix and HBO. Apple also said that it had given access to several developers to bring more TV specific apps on the new OS.

The new Apple TV will also come with a shopping app called Gilt. The tech giant also said that it was banking on developers to make universal apps for Apple TV.

The new TV comes with a 64-bit A8 chip and the remote operates on Bluetooth 4.0 and can last three months on a single charge.

Apple said that the new devices will launch in 80 countries and would be sold in 100 countries by the end of the year.