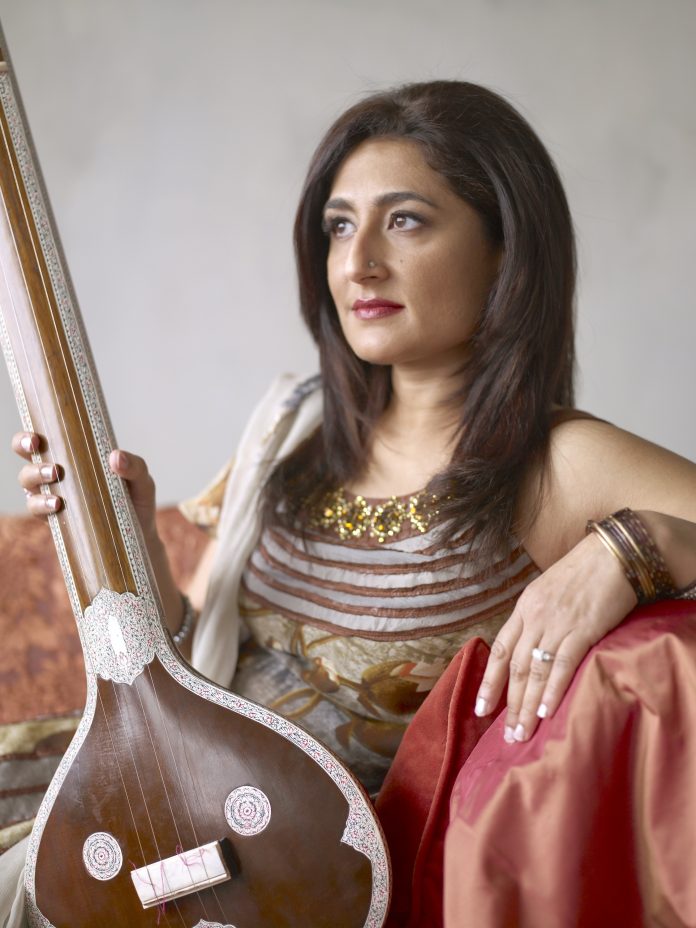 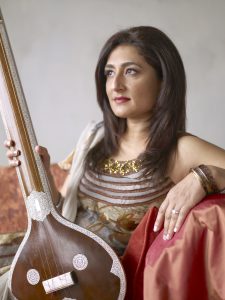 MAPLE RIDGE:  The ACT Arts Centre presents Kiran Ahluwalia on Saturday, February 25, 2017 at 8:00 p.m. as part of the 2016-2017 ACT Presents Series.  Two-time JUNO Award-winner brings “the wild factor” in a modern meltdown of Indian grooves, Saharan blues and Western jazz.  Indo-Canadian singer-composer Kiran Ahluwalia performs with a mix of intoxicating Indian rhythms, African desert blues, modern jazz and a far-flung lot of other things.  At the center of Kiran Ahluwalia’s music is love in all its shades, from the yearning romantic to the divine love of Sufi Mysticism. She is a modern exponent of the great vocal traditions of India and Pakistan which she honors intensely yet departs from in masterful, personal ways. Her original compositions embody the essence of Indian music while embracing influences from both the West and Africa — specifically the Sahara. With her 5-piece group of electric and acoustic guitar, harmonium, tabla and electric bass, Ahluwalia creates boundary-breaking songs that invite us to explore the human condition.

Ahluwalia’s musical mélanges tip their hats to the past while sticking determinedly to a freshly hybridized music of sheer sonic surprise, efforts that have earned her JUNO Awards (World Music Album of the Year) for Beyond Boundaries (2004) and Aam Zameen: Common Ground (2012). Her songs speak about the unattainable (both the beloved and the divine), realizing female desire, and untying the knots that bind us. Her compositions and arrangements are a reflection of an ongoing quest to create timeless music in a modern and global context that looks to the future while still maintaining a vital line to its storied past.

Currently living in New York City, Ahluwalia has toured regularly in North America, Europe and has performed at desert festivals in Mali, Morocco and India.  Born in Patna, India, Ahluwalia grew up in Canada and trained in Indian classical music and the Indian-Pakistani poetic song tradition ghazal. Her work borrows from these and other tradition-laced forms but moves so far beyond the traditions that they’re recognizable only as great-sounding songs. Her musical odyssey into uncharted terrain accelerated when she met and married Pakistani-American guitarist-arranger Rez Abbasi. Their union of musical cultures, she says, could only have been possible among the diaspora of those living outside of India and Pakistan. “Since

the partition of India and Pakistan, relations between the two countries have often been at the edge of war.  If we had not migrated to the West it would have been impossible for us to meet and do this music,” she says. “This music wouldn’t have existed had we had not been outside those borders.”

Tickets are available in person at The ACT Arts Centre at 11944 Haney Place, Maple Ridge, or over the phone at 604-476-2787 or online at www.theactmapleridge.org.

About The ACT Arts Centre

A not-for-profit society serving the community since 1971, The ACT Arts Centre aims to offer vibrant arts and cultural opportunities and experiences through excellence in artistic and educational programming, customer, and member and community service. The ACT Presents Series is supported by The Department of Canadian Heritage: Canada Arts Presentation Fund and The Province of British Columbia Gaming Branch, and the BC Arts Council Community Presenter fund.  www.theactmapleridge.org

Surrey student brings businesses together for great cause