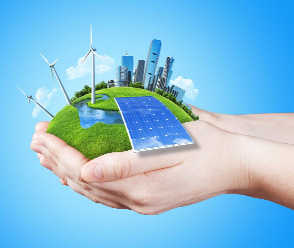 New Delhi, Aug 27 (IANS) In a move aimed at enhancing the quality of urban life, the government on Thursday unveiled a list of 98 cities in the country for the Smart City Mission.

The central government proposes to give financial support to the extent of Rs.48,000 crore to these cities over the next five years, Urban Development Minister M. Venkaiah Naidu said here.

Naidu said a population of 13 crore across these cities will be covered under the initiative.

“There are 13 cities from Uttar Pradesh, 12 from Tamil Nadu, 10 from Maharashtra, seven from Madhya Pradesh and three each from Bihar and Andhra Pradesh in the list,” Naidu told the media here.

“Smart cities need smart people. We need people’s cooperation to move forward in our mission. Making them smart will make them engines of economic growth besides giving decent life to the citizens,” he added.

The cities include 24 capitals of states and union territories.

Some of the capital cities that were not nominated include Itanagar, Patna, Shimla, Bengaluru and Kolkata.

The minister said the prime motive of the initiative was to enhance urban life. “The mission is very practical and realistic.”

“But merely giving some money will not make these cities ‘smart’ since their existing problems may not be resolved so easily. The need is to take up urban development project from scratch, plan and design a Smart City, build it with all the required infrastructure and amenities that will voluntarily attract people to go and live there,” Prabhu pointed out.

Chandigarh, a union territory that is the joint capital of Punjab and Haryana and is the country’s only planned city, has also made it to the list.

From the region (comprising Punjab, Haryana, Himachal Pradesh and Chandigarh), seven cities have made it to the list. Besides Chandigarh, these are Amritsar, Ludhiana and Jalandhar (in Punjab), Karnal and Faridabad (in Haryana) and Dharamshala (Himachal Pradesh).

Each Smart City would get a central assistance of Rs.100 crore per year for five years.

Two other cities will be named later.