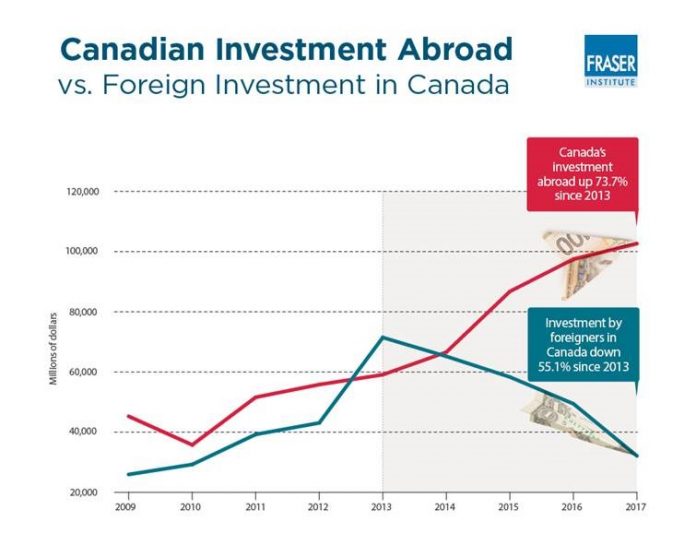 The study finds that, from 1990 to 2014, the average annual investment by foreigners in Canada—known as inward foreign direct investment or FDI—measured as a share of the Canadian economy was markedly higher than the United States and the OECD.

However, that trend has changed, and from 2014 to 2017, Canada’s level of foreign investment declined while it increased substantially in the U.S. and the OECD more broadly. And the drop in foreign investment affected multiple sectors in Canada including manufacturing and utilities. In other words, it’s not just an oil and gas problem.

Moreover, during that same period, Canada’s level of outward FDI (investment in other countries by Canadians) increased.

“When you see less money coming in from foreigners at the same time Canadians are increasingly investing abroad, it’s a strong indication that Canada is not a good place to invest,” Globerman said.