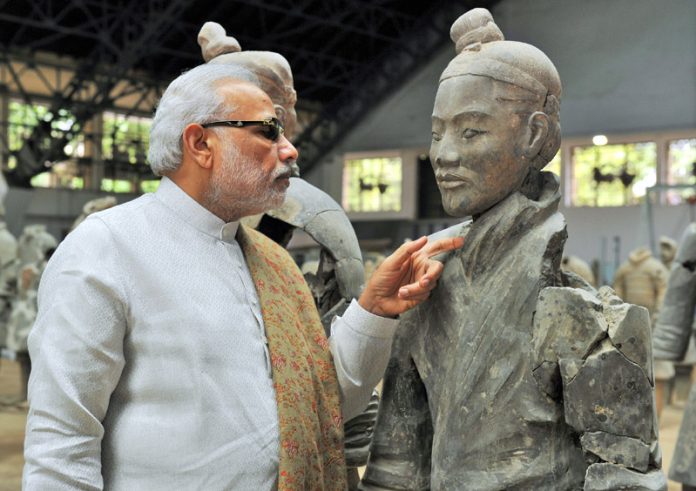 Xi’an (China), May 14 (IANS) With China’s rich cultural heritage and the ancient links of Buddhism forming a grand backdrop, Prime Minister Narendra Modi on Thursday held summit level talks with Chinese President Xi Jinping during which the border issue, the widening trade imbalance and “strengthening trust” were high on the agenda.

Modi, who arrived in the morning in the historic city of Xi’an, the capital of Shaanxi province and the hometown of President Xi, spent a busy day, absorbing the ancient civilisational grandeur of Xi’an at the Terracotta Warriors Museum, the Da Xing Shan Buddhist temple and the Wild Goose Pagoda.

President Xi, who was welcomed by Modi in Ahmedabad and treated to a colourful walk along the Sabarmati river front during his India visit last September, in a reciprocal gesture, welcomed Modi in his hometown Xi’an.

The over 90-minute talks between the two Asian leaders, held at the Shaanxi Guest House, were “very substantive and the atmosphere was very comfortable”, said Foreign Secretary S. Jaishankar, briefing newspersons.

He said both the leaders “built on the chemistry” that had started with Xi’s India visit last year.

Modi, attired in a black bandhgala suit, spoke in Hindi, while Xi spoke in Chinese.

The Chinese president recalled his visit to Ahmedabad and said: “You received me very warmly in your hometown. I am very glad to receive you in my hometown.” 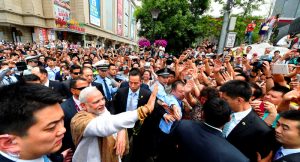 “That left me with deep and good impression,” Xi said.

The Chinese president said it was the first time he was meeting a foreign leader outside Beijing.

Jaishankar said the two leaders spoke of the need to strengthen cooperation on countering terrorism and on “strengthening trust and increasing convergences”.

The niggling border issue, maintaining peace and tranquillity on the border was also discussed.

India’s concerns over China going ahead with an economic corridor project with Pakistan that cuts through Pakistan-administered Kashmir is understood to have been raised.

“The talks were wide ranging, and regional, global issues came up,” he said.

The Chinese president spoke of the “miracle of Gujarat” under Modi and said the prime minister was “trying to do it at the national level.”

“Terrorism naturally came up,” Jaishankar said, and added that there was reference to the terror attack in Kabul and Karachi.

Later, Xi accompanied Modi to the Wild Goose Pagoda, and showed him around some of the Buddhist relics, in the way that Modi had personally taken him around the Sabarmati Ashram of Mahatma Gandhi.

Modi presented a sapling of the Mahabodhi tree to the temple, which was built in 652 A.D. during the Tang dynasty.

Later, he attended a banquet hosted by Xi.

Modi also attended a spectacular cultural performance at the Pot City courtyard which reflected the close Buddhist links of the two nations. 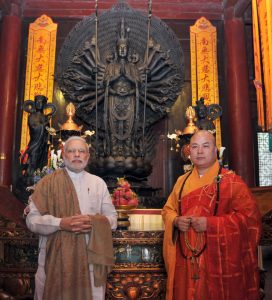 Modi presented Xi a replica of a casket containing the sacred relics of Lord Buddha.

The casket was excavated from Dev-ni-Mori, near Vadnagar in Gujarat in 1957. He also presented Xi a stone statue of Buddha.

In the morning, Modi visited the Terracotta Warriors Museum, a UN World Heritage site that houses neat rows of terracotta sculptures, depicting the armies of Qin Shi Huang, the first emperor of China.

The museum has a collection of over 8,000 life-size clay warriors.

The temple was originally built in the Jin Dynasty and was reconstructed in 582 A.D.

Late in the evening, Modi left for Beijing, on the second leg of his three-day China visit.

He will hold talks with his Chinese counterpart Li Keqiang, and several agreements are set to be inked on Friday. On Saturday, he goes to Shanghai. 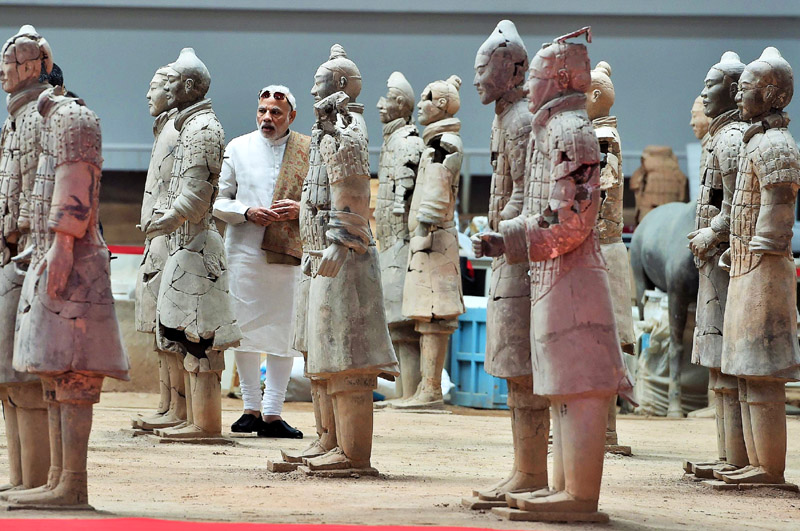 BC Liberal MSP cut comes into effect – NDP look to...