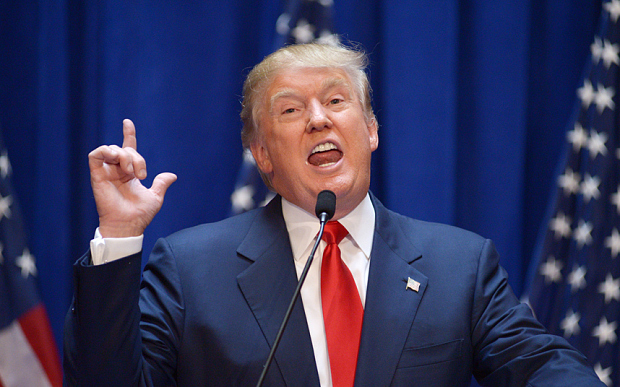 Washington: President Donald Trump’s proposed budget for fiscal 2018 will “cripple” science and technology enterprise in the US, the American Association for the Advancement of Science (AAAS) has warned.

“The Administration’s cuts threaten our nation’s ability to advance cures for disease, maintain our technological leadership, ensure a more prosperous energy future, and train the next generation of scientists and innovators to address the complex challenges we face today and in the future,” Rush Holt, CEO, AAAS, said in a statement.

The American science body has condemned the budget plan for proposing steep cuts at the US National Institutes of Health which faces reduction of about 20 per cent of its current $30.3 billion discretionary budget.

It also criticised the proposed fund cut for the Department of Energy which faces a 17.9 per cent decrease in programmes including those that seek to advance energy production and conservation.

The budget plan also proposes to eliminate a National Oceanic and Atmospheric Administration programme dedicated to coastal management and marine research and education, and a satellite programme that tracks the Earth’s climate and solar storms at NASA, which is otherwise largely spared the hefty cuts the plan proposes elsewhere, AAAS said on Thursday.

Overall, NASA’s funding for 2018 would be cut from roughly $19.3 billion to $19.1 billion and some of NASA missions in development — including one to land on Jupiter’s icy moon Europa and a few Earth science missions — will not go forward, according to the budget proposal.

The budget increases cooperation with industry through the use of public-private partnerships, focuses efforts on deep space exploration rather than Earth-centric research, NASA said.

“Overall science funding is stable, although some missions in development will not go forward and others will see increases,” NASA acting Administrator Robert Lightfoot said in a statement.

“We remain committed to studying our home planet and the universe, but are reshaping our focus within the resources available to us,” Lightfoot said.

However, the budget encourages NASA’s efforts to send American astronauts on deep-space missions.

It also reinvigorates robotic exploration of the solar system by providing $1.9 billion for the Planetary Science programme, including funding for a mission to repeatedly fly by Jupiter’s icy ocean moon Europa and a Mars rover that would launch in 2020.

“While this budget no longer funds a formal Office of Education, NASA will continue to inspire the next generation through our missions and channel education efforts in a more focused way through the robust portfolio of our Science Mission Directorate,” Lightfoot said.

More detailed budget information is set to be released in May.

“However, this is the President’s proposal, and it’s up to Congress to respond and make decisions on budget and appropriations,” AAAS CEO Holt pointed out.

“Congress has a long bipartisan history of protecting research investments. We encourage Congress to act in the nation’s best interest and support sustainable funding for federal R&D – for both defence and non-defence programmes – as it works to address the FY 2018 budget,” Holt added.

Over 8,500 people seek asylum in Norway in October