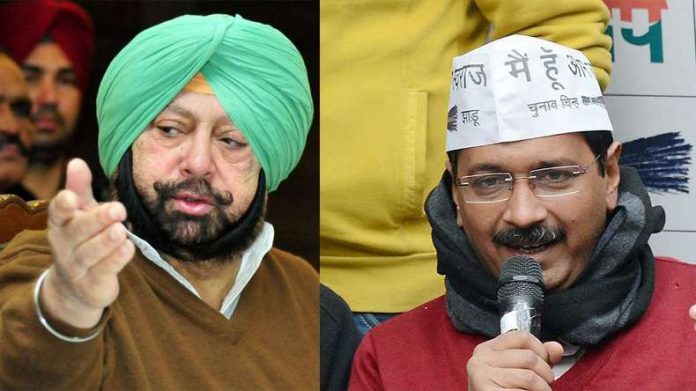 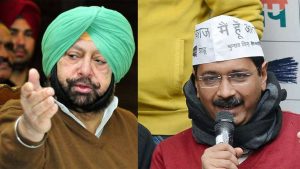 After Amarinder Singh accepted a challenge from Kejriwal for a debate, the Aam Aadmi Party (AAP) national convener seemed to have second thoughts about it.

Amarinder shot back: “Punjabis believe in leading from the front, not hiding behind others. Or have you already accepted that you can’t face me for a public debate?”

Kejriwal again tweeted: “I am not hiding behind anyone sir. I am ready for a debate with Rahul ji or Sonia ji anytime. Our Punjab team will debate wid u.”

“So you’ve chickened out! You’re the ‘Aam Aadmi’ who levels allegations on everyone bt wud like to engage only with PM & Presidents of parties!” Amarinder responded.

The Congress and AAP are in the midst of a bitter political contest to challenge Punjab’s ruling Shiromani Akali Dal-Bharatiya Janata Party (BJP) alliance. The alliance has been in power in Punjab since 2007.

Kejriwal had earlier accused the Congress leader of using drugs money in the Punjab poll campaign.

“Sir, ppl talking in Punjab that u using (Bikram Singh) Majithia’s drug money in ur campaign. Is it true? U had saved him from CBI enquiry 3 yrs back (sic),” Kejriwal had tweeted.

While saying that Kejriwal was hallucinating, Amarinder said: “When your hopes crash from 100 to 30 (seats) & still sliding, you’re bound to hallucinate & see things that don’t exist.”

The AAP has been alleging a nexus of the Akali Dal with the Congress after Amarinder Singh was recently let off in a corruption case in Amritsar.