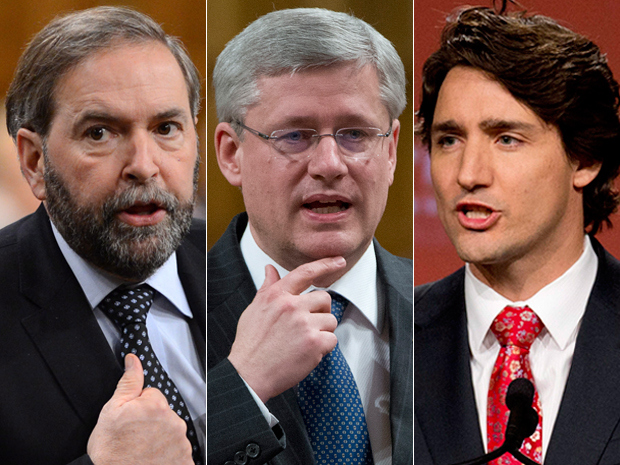 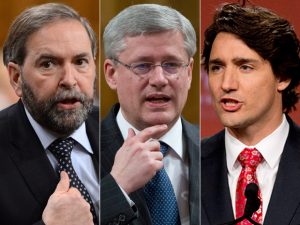 Ottawa: The leaders of all four major national parties will go head to head in the first debate of the federal election season, in the depths of summer when voters aren’t likely to be paying close attention.

Liberals had wanted the debate to include a live audience or questions from ordinary Canadians, but multiple sources say that idea was shot down by the Conservatives and NDP.

The Conservatives last month declared that Harper will participate in five debates and pre-emptively agreed to four, debates organized by Maclean’s, Quebec television network TVA, the Munk Debates and the Globe and Mail, working in concert with Google.

The Tories ruled out Harper’s participation in the two televised debates (one French, one English) that are traditionally organized by a consortium of the country’s major broadcasters.

Sources from multiple parties say the NDP has backed up the Conservatives almost every step of the way in debate negotiations, effectively allowing the governing party to call all the shots.

The consortium is still attempting to organize two debates but the Tories have steadfastly refused to be involved, despite the agreement of the NDP, Liberals, Greens and Bloc Quebecois.

Liberal insiders are convinced the Conservatives pushed for the debate in August in the expectation that Trudeau will make some gaffe that they can then use in televisions ads before election spending limits go into effect.

Indeed, sources say the Liberals asked Maclean’s to prohibit the use of video footage from the debate in partisan advertising but both Maclean’s and the Conservatives refused.

The Maclean’s debate will be broadcast live on Toronto-based Citytv, CPAC and the multicultural Omni 1 and Omni 2 channels, as well as on each broadcaster’s website, Facebook, YouTube and on Rogers Radio news stations.

The debate is to be moderated by Maclean’s political editor Paul Wells.

Gilles Duceppe, the newly returned leader of the Bloc Quebecois and an experienced debater, won’t be involved. The Bloc leader has been invited to the TVA consortium debates but not the other two.

May has been invited to the Globe and Mail debate on the economy but not to those organized by TVA or the Munk Debates, a private foreign policy group.

The Globe and Munk debates are to be held in September, the TVA debate on Oct. 5.

Charges approved for stabbing in grocery store in 2018