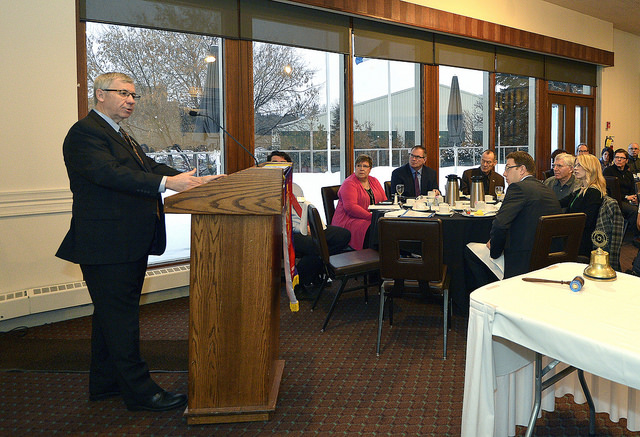 EDMONTON: This year’s Alberta budget has yo-yoed from a projected surplus to a deficit and back to a surplus, showing close to a $1-billion turnaround from a little over six weeks ago.

Last month, Premier Jim Prentice announced there would be a $500-million deficit with little chance of a late rally.

Campbell said the changes speak to the volatility of oil prices, which form the bedrock of Alberta’s day-to-day budget spending.

“What the third-quarter results really show is how quickly and dramatically things can change,” Campbell told a news conference at the legislature.

“More often the driver of many of Alberta’s challenges is oil. And our reliance on the oil and energy price roller-coaster is something we must change.”

Campbell said the improved bottom line comes from increases in the corporate tax take, along with a better return on investments and money from the federal government for flood relief.

Alberta forecast a $1.1-billion surplus in last March’s budget, but reduced that to $933 million in late November before Prentice announced the deficit on Jan. 8.

The government says it is now on track to spend $44.3 billion on $44.7 billion worth of revenue for the year ending March 31.

Non-renewable resource revenue is expected to finish down $503 million to $8.7 billion. The province originally budgeted oil to stay around US$95 a barrel. That has been downgraded to an estimated $44 per barrel for the rest of the fiscal year.

The long-term Heritage Savings Trust Fund is expected to reach $19 billion, and the short-term rainy-day Contingency Fund is anticipated to rise to $6.3 billion.

The province is drawing out the timelines on some capital projects to reduce costs but is not cancelling anything. Alberta is forecast to take on $12 billion in debt for capital projects.

Campbell warned, however, that while the news right now is good, the forecast down the road is not, given that oil prices remain mired around the US$50-a-barrel range after spiking at US$108 last summer.

He reiterated that low oil prices are predicted to take a $7-billion bite out of next year’s budget, which is to be introduced sometime in March.

Campbell has already said the province is looking to cut spending by five per cent across the board.

Prentice has also talked about raising personal income taxes but has said corporate taxes and oil royalties won’t be touched.

“What we will do is fix the fiscal foundation of the province so future generations don’t face the same issues they do today,” said Campbell.

NDP finance critic Brian Mason said the budgetary peaks and valleys are symptomatic of a Progressive Conservative government that has promised _ and failed _ for years to wean Alberta’s operational spending off natural resources.

And by ruling out corporate tax and royalty hikes, Prentice has decided that “the burden of resolving these problems lies on people who work for the government (and) people who depend on government services,” Mason said.

Liberal critic Kent Hehr agreed, saying, “This government could easily win an Oscar for how it acts surprised whenever volatile resource revenue is volatile.”