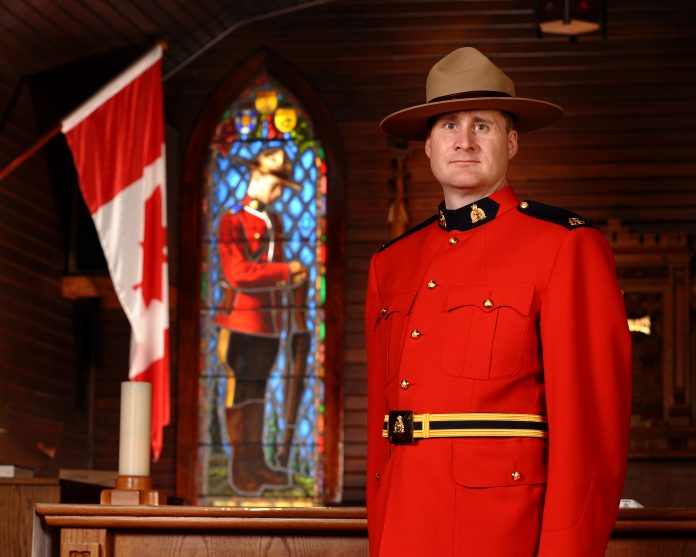 By Bill Graveland and Chris Purdy, THE CANADIAN PRESS

Edmonton: Alberta’s justice minister has ordered a review into how the Crown handled a career criminal who ended up gunning down two Mounties on the weekend.

Jonathan Denis called for the review as court records showed it was an Edmonton police officer standing in for the Crown who consented to Shawn Rehn’s release at his last bail hearing.

RCMP also said Wednesday they will do their own internal review of their interactions with Rehn.

The 34-year-old had a lengthy criminal history, had skipped bail and was wanted on warrants when he shot two officers at a casino in St. Albert, just north of Edmonton, on Saturday.

He was found dead later that day of an apparent suicide in a rural home not far from the casino.

“The pain caused by this tragedy to the officers, their families and colleagues and the community as a whole is nothing short of profound,” he said. “The multiple agencies that are involved are asking a question: Could this incident have been prevented? That’s a question that I ask as well.

“I think at times like this, it is important to act on the facts, and that is why I have directed the review of the Crown’s actions.”

A similar review was ordered when James Roszko gunned down four Mounties in Mayerthorpe, Alta., almost 10 years ago.

Documents show Rehn was a violent criminal, in and out of jail over the past 15 years, with a list of 57 convictions for crimes including assaults, break-ins and drug use.

In 2006, the Parole Board of Canada denied him day parole, calling him “a dangerous person who has demonstrated blatant disregard toward the criminal justice system as well as lack of respect to the public in general.”

After his statutory release, court records show his girlfriend was granted an emergency protection order in 2009. She testified that Rehn used drugs and was often violent _ that he had choked her and ripped out her hair. She said he once forced her and their baby girl to sleep in a room with a loaded gun because he was paranoid.

He was most recently in court last September dealing with more than a dozen charges in Edmonton and nearby Redwater, Alta., including possession of a weapon, escaping custody and breaching court conditions.

A transcript shows the charges stemmed from a stolen motorcycle police found Rehn riding in a Walmart parking lot. Officers said he attempted to flee and when they finally caught up to him, they found a spring-loaded knife in his pocket.

An Edmonton police officer consented to a defence lawyer’s request for bail. A justice of the peace agreed and Rehn was freed after paying $4,500.

A transcript of the hearing mentioned how Rehn was wanted on outstanding warrants and was prohibited from possessing weapons, but makes no mention of his numerous past convictions or his two federal stints behind bars.

A spokeswoman with Alberta Justice said it’s common for police, after making arrests, to make bail decisions before a justice of the peace when a Crown prosecutor isn’t present.

Edmonton police did not return a request to comment.

Two months later, three warrants for his arrest were issued when he failed to appear in court. In January, 11 days before he shot the RCMP officers, another warrant was issued for Rehn on a series of driving-related charges.

RCMP Commissioner Bob Paulson, commenting on the shooting on Sunday, was one of the first to question why Rehn was still on the streets. He said he had never seen such a complex criminal record.