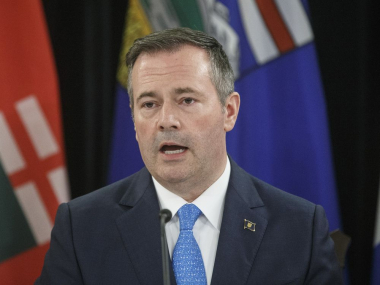 Edmonton: Alberta has introduced a bill to create its own parole board.

“Personnel is policy,” Kenney said Monday prior to introducing the bill.

“The personnel we will be choosing to make up the Alberta Parole Board will be people who are coming from communities that have been facing this crime wave over recent years.

“They’re going to be a lot more sensitive to the public safety imperative than we believe the federal parole board has been.”

Kenney said members would also know better the crime trends in their regions and the supports available to parolees. He said there are too many reports of inmates being released on parole and reoffending.

“Too often that’s because of a revolving door justice system where criminals are arrested, convicted and are back out on the streets revictimizing more Albertans and causing frustration for our police and law-abiding citizens.”

The federal government controls the parole system and would continue to make parole decisions for inmates serving sentences longer than two years.

For those serving terms under two years, the new Alberta board would make decisions on eligibility and conditions upon release.

If the bill passes, the system would begin operating at the start of next year at a cost of $600,000 a year, Kenney said. Some of that money would come from the federal government, he said.

Quebec and Ontario already operate their own provincial parole programs.

Alberta has undertaken a number of initiatives, including hiring more prosecutors, to address rural crimes, which have jumped in recent years.

In a 2017 report, Statistics Canada said rural crime rates on the Prairies were at least one-third higher than in urban areas.

Ganley labelled it a public relations deflection from more substantive efforts to reduce rural crime, from paying for and hiring more police to dealing with affordable housing, poverty and other root causes of lawless behaviour.

“I don’t anticipate (the bill) will have an enormous impact,” said Ganley.

“This is more for show than it is designed to actually impact the issue of rural crime.”