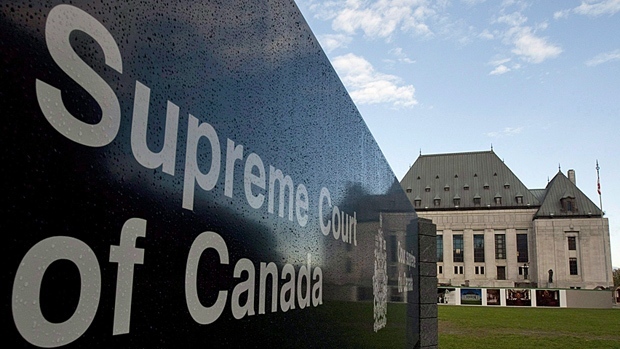 Brown, a former barrister and law professor, is taking over for the retiring Justice Marshall Rothstein, whose departure takes effect as of Aug. 31, Harper said Monday in a statement.

“Mr. Justice Brown brings to the court wide experience as a law professor and legal scholar, a barrister, and a judge at both the trial court and appellate levels,” Harper said.

“His appointment is the result of broad consultations with prominent members of the legal community and we are confident he will be a strong addition to Canada’s highest court.”

A member of the bars of both British Columbia and Alberta, Brown currently sits in Edmonton, where he also serves as an appeal judge for both the Northwest Territories and Nunavut.

He has also served as a member of the Court of Queen’s Bench.

Brown will be the second member of the high court from western Canada, the other being Chief Justice Beverley McLachlin.

He has also practised law in Edmonton, Victoria and Vancouver.

Brown’s predecessor, who was appointed by Harper in March 2006, announced his retirement in April. The Judges Act provides that for six months after retirement, he can continue to participate in judgments of cases heard before his departure.

Rothstein was Harper’s first appointment to the highest court, shortly after the Conservative government took office.

Harper has appointed all but two of the nine judges on the court.

His last appointment, high-profile commercial trial lawyer Suzanne Cote, came last November and ended more than a year of unprecedented, roiling controversy over the composition of the high court.

It was triggered earlier in the year when Harper’s proposed choice of Justice Marc Nadon for a vacant Quebec seat was challenged and ultimately rejected on constitutional grounds by the Supreme Court itself.

Cote replaced Justice Louis LeBel as the third of three mandatory Quebec justices on the bench.