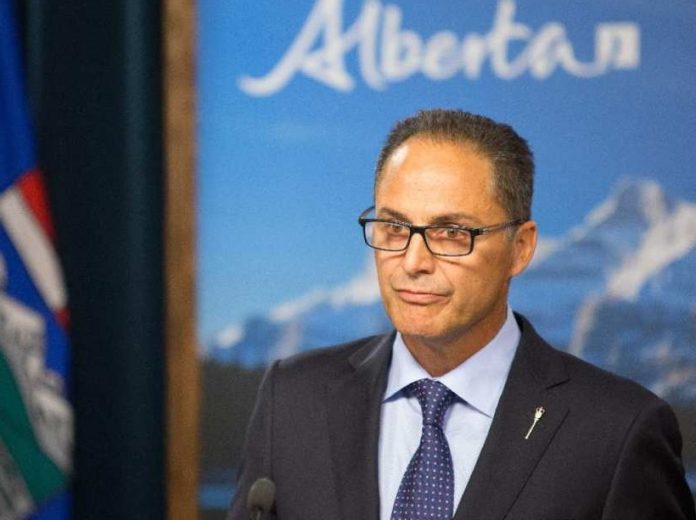 By Dean Bennett, The Canadian Press

Edmonton: Alberta Finance Minister Joe Ceci says the government’s goal is to keep this year’s deficit at $6.1 billion despite oil prices that continue to slide.

Ceci said Tuesday he doesn’t plan to make changes to his budget plan before the end of the financial year March 31.

“The goal is still to do what we said we were going to do,” Ceci said in a conference call.

“Mid-course corrections (are) not something that I’m contemplating. The situation with commodities is dire, but it is for all of Canada, too.”

Alberta’s budget is based on an average West Texas Intermediate price of US$50 for a barrel of oil. In recent weeks, the price has slipped well under $40 a barrel. As of Tuesday, it was below US$37.

Ceci said he’s heartened by some forecasts that say there’s nowhere to go but up.

“In some respects, people think it might be the bottom of the trough and that things are going to be building and getting better going forward.

“Certainly … for Albertans that would be a really good outcome.”

The province’s long-term budget forecast is for
multibillion-dollar deficits until 2019-20. There are also plans for
$34 billion in infrastructure spending over the next five years,
bringing the projected capital debt by 2020 to more than $47
billion.

The opposition parties have criticized Premier Rachel Notley’s New Democrats for not doing more to rein in spending and for not having a plan to repay the capital debt.

On Friday, the international assessor Standard and Poor’s reduced Alberta’s credit rating to AA-plus from AAA in part because of the NDP’s budget plan.

Ceci has said the government is still looking for cost savings in departments and in a review of agencies, boards and commissions.

He has also said a number of initiatives that were to start in 2016-17 _ including a child-care benefit, a reduction in school fees and a school nutrition program _ may have to be put on hold or get reduced funding.

One initiative that is going ahead is a student summer hiring program.