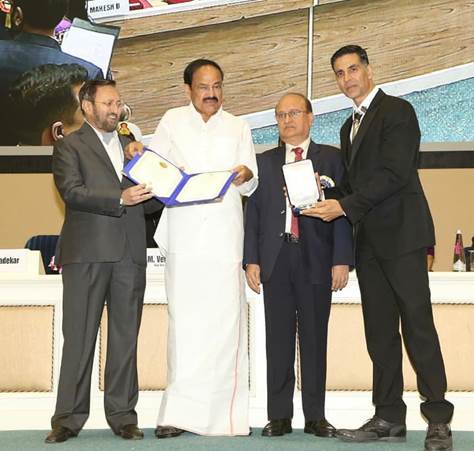 The awards ceremony for the 66th National Film Awards 2019, announced earlier this year and yesterday, awards took place in New Delhi, India. Megastar Akshay Kumar was present at the awards for her felicitation for his work in the film Pad Man, which was awarded ‘Best Social Film.’ The film that released in February 2018 starred Akshay Kumar, Sonam K Ahuja and Radhika Apte and was based on the real life story of a humble man who wanted to create high quality, low-cost sanitary pads for women to tackle menstrual taboos.

As soon as photos of Akshay Kumar receiving the award hit social media, fans of the megastar started a trend on Twitter as ‘Best Social Film Padman’. Many social media users congratulated Akshay Kumar for the award and wished him success for his future projects.