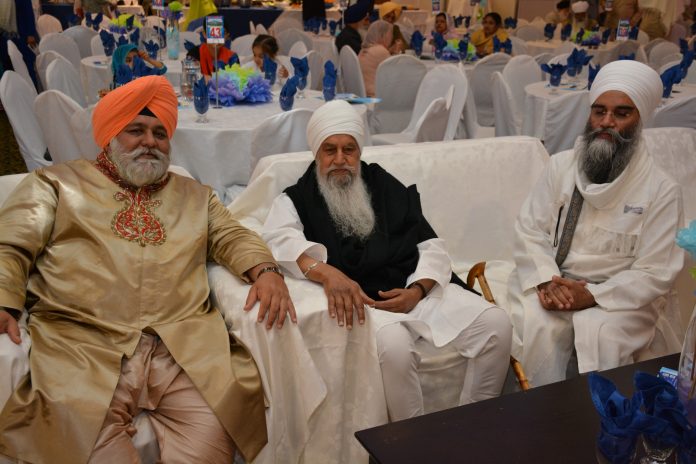 Another year; another success! 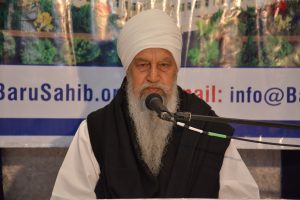 Surrey: The 6th annual Kalgidhar Society fundraiser took place on Saturday May 23th at Surrey’s Grand Taj Banquet Hall. This yearly event has quickly become a must attend event for hundred of British Columbians with many of them marking their calendars well in advance in anticipation.

2015 master of ceremony Rina Kaur Chawla led an energy filled night with many enthusiastic moments. The night was kicked of with an emotionally charged rendition of Deh Shiva Bar Mohe Ehe, performed by the students of Akal Academy Surrey.

Kiran Kaur Saluja followed up with the official welcome speech to officially kick off the 2015 event!

Though the honorable Baba Iqbal Singh Ji, president of The Kalgidhar Society Baru Sahib, could not attend the event in person, he did prepare a special message for the evening which was shared with all in attendance. Baba Ji took this opportunity to thank the countless volunteers who make the Kalgidhar Society successful and elaborated on the positive effects that the service has on people.

Although Baba Iqbal Singh Ji’s absence was noticeable, guest of honour Dr. Khem Singh Gill, former Vice Chancellor & Chairman of the Akal Acadamies gave a heartwarming speech that seemed to touch the hearts of many of those in attendance. Dr. Gill related the service that Akal Academy to the fundamental foundations of Sikhism. Slide show presentation showing the transition of poverty striken children into smart affluent Sikhs really seemed to invigorate the volunteers and gala attendees, providing reassurance that the society was doing great work!

The focal point of the 2015 Gala was the new University being constructed by the Kalgidhar Society at historical place Sri Damdama Sahib Talwandi Sabo Punjab. Bhai Amandeep Singh from Baru Sahib provided a much anticipated update on the construction & informed the congregation that the Akal University Guru Kashi first phase (650,000 Sq. ft Building Area) has been completed, which was met with a loud ovation from the crowd!!

The Akal Academy Surrey in conjunction with the Kalgidhar Society would like to thank Sponsors, Donors, Volunteers & Media for their kind contribution to the 2015 gala. Without their generosity, an event of this magnitude could not have been such a resounding success!!!

Celebrate 10 years of Fusion Festival in Holland Park this weekend

Drinking excessive water may be fatal for sportspersons