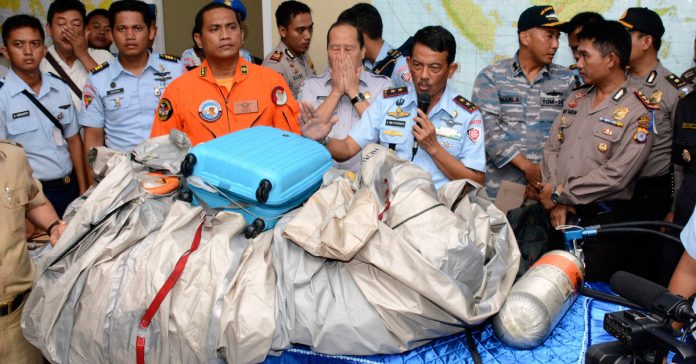 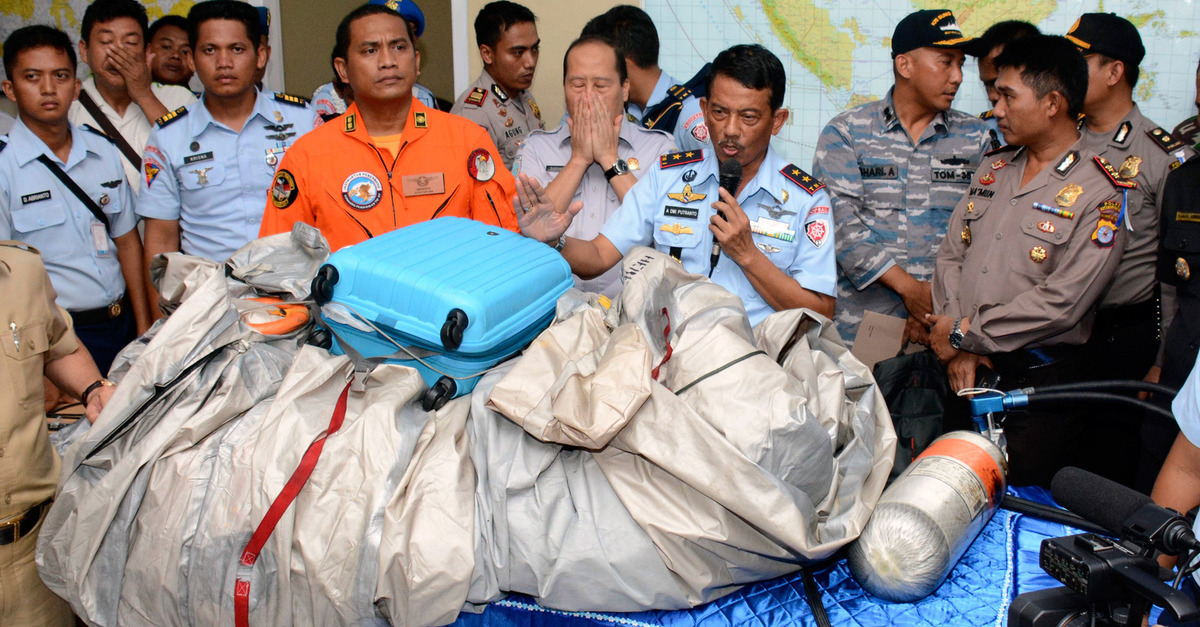 Jakarta: The Indonesian government and AirAsia Tuesday said the wreckage of the AirAsia plane that went missing while flying from Surabaya in Indonesia to Singapore Sunday morning has been found in the Java Sea, and an unspecified number of bodies have been retrieved.

The search operation for the ill-fated flight QZ8501 was Tuesday hampered by bad weather and two to three metres tall sea waves, and will continue Wednesday.

Addressing a press conference in Surabaya in the evening, Indonesian President Joko Widodo said the search operation would continue, and all teams should focus on finding passengers and crew, BBC reported.

While thanking countries around the region for helping in the search operation, he said he shared the feelings of the relatives of those lost in the accident, and urged them to stay strong in the face of this difficult moment.

AirAsia also confirmed that the debris spotted in the Java Sea is from the flight QZ8501 that was missing since Sunday morning.

“AirAsia Indonesia regrets to inform that the National Search and Rescue Agency Republic of Indonesia (Basarna) confirmed that the debris found earlier today is indeed from QZ8501, the flight that had lost contact with air traffic control Dec 28,” the airline said in an online statement.

The debris of the aircraft were found in the Karimata Strait, around 110 nautical miles southwest from Pangkalan Bun in central Kalimantan province in Borneo island.

“We are sorry to be here today under these tragic circumstances. We would like to extend our sincere sympathies to the families and friends of those on board QZ8501,” Sunu Widyatmoko, chief executive officer of AirAsia Indonesia, said, adding that “our sympathies also go out to the families of our dear colleagues”.

“I am absolutely devastated. This is a very difficult moment for all of us at AirAsia as we await further developments of the search and rescue operations but our first priority now is the well-being of the family members of those on board QZ8501,” Tony Fernandes, group chief executive officer of AirAsia, said.

The aircraft, an Airbus A320-200 with the registration number PK-AXC, was carrying 162 passengers and crew on board – 155 Indonesians, three South Koreans and one person each from Malaysia, Singapore, Britain and France.

AirAsia Indonesia will be inviting family members to Surabaya, where a dedicated team of care providers will be assigned to each family to ensure that all of their needs are met.

Counsellors, religious and spiritual personnel have also been invited to the family centre to provide any necessary services.

Earlier in the day, three out of the six bodies found in the Java Sea, confirmed as passengers of flight QZ8501, were recovered by a rescue team.

Bambang Sulistyo, head of Basarna, confirmed that the bodies and debris, suspected to be from the missing AirAsia plane, were spotted in the waters of Karimata Strait, west of Kalimantan island, Antara news agency reported.

Of the six spotted bodies of the victims, three were reportedly retrieved by an Indonesian warship, KRI Bung Tomo.

The bodies of two women and one man were retrieved from the sea and taken to the Indonesian Navy ship KRI Bung Tomo, Soelistyo confirmed.

The bodies were taken to Pangkalan Bun in central Kalimantan province in Borneo island.

A Hercules aircraft also spotted a shadow, presumably resembling the shape of an aircraft submerged in water.

Soelistyo said that the KRI Bung Tomo spotted an object, probably an emergency exit door of an aircraft.

The ship, with the assistance of a helicopter, then conducted a search operation and recovered the emergency exit door.

Late Tuesday, Basarna deployed 21 divers to join in the search operation for the missing AirAsia flight QZ8501 in the Java Sea.

He said the divers would search 25 to 30 metres inside the sea in an area around the Karimata Strait, west of Kalimantan island where the AirAsia plane had gone off the radar.

Bad weather and high waves obstructed the retrieval of bodies from the wreckage site in the Java Sea.

“Tomorrow (Wednesday), we will conduct evacuation process. The recent obstacles are the waves reaching two to three metres in height and bad weather,” Antara quoted Soelistyo as saying.

Liberals first at ballot box but third in fundraising sweepstakes