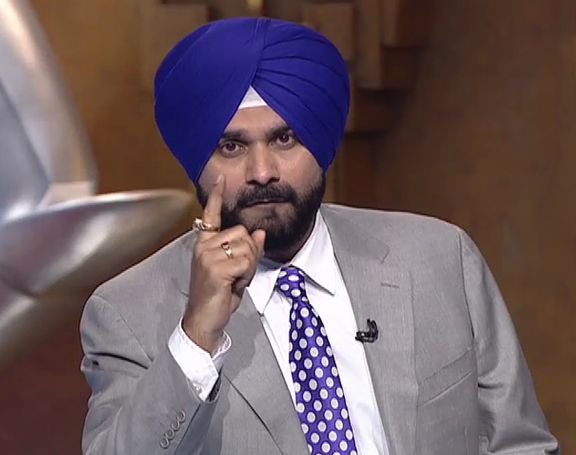 Chandigarh: Cricketer-turned-politician Navjot Singh Sidhu may not be liked in the BJP at present but others are welcoming him with open arms. After the Aam Aadmi Party (AAP) leadership openly came out to welcome him after his sudden resignation from the Rajya Sabha on Monday, Sidhu was, on Tuesday, welcomed by the Congress as well.

Punjab Congress president Amarinder Singh on Tuesday said that former Amritsar MP was “welcome to join the Congress, if he desired to do so”.

However, Amarinder clarified that “there was no communication between him and Sidhu on the matter”.

Asked whether any Congress leader was in touch with Sidhu, Amarinder said: “Not to my knowledge.”

Amarinder said that Sidhu had a Congress background as his father, late Bhagwant Singh Sidhu, had remained an office bearer of the District Congress Committee, Patiala.

“When my mother was DCC Patiala president, Sidhu’s father was her general secretary,” he said, while referring to long association of the Sidhu family with the Congress.

Asked whether he had met Sidhu of late, Amarinder said: “We are both from Patiala and we are both Sidhus. I don’t remember having met him for a long time now.”

Asked if the Congress party will initiate any move to invite Sidhu to join the Congress, Amarinder said: “He is yet to resign from the BJP.”

Punjab’s assembly elections are likely to be held in February next year.

The state is likely to witness triangular contests between the ruling Shiromani Akali Dal-BJP alliance, the opposition Congress and the new political challenger AAP.