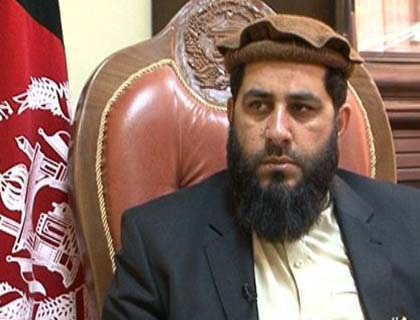 Kabul/Islamabad, May 19 (IANS) Afghan Senate Chairman Fazal Hadi Muslimyar on Tuesday denounced recent MoU signed between the National Directorate of Security (NDS) and Pakistan’s spy agency ISI, saying that there was no justification for signing an MoU with an intelligence service that has worked to undermine peace and stability in Afghanistan for so long.

“Pakistan is an enemy to Afghanistan and will never develop friendship with us,” Muslimyar said.

“Pakistani has always plotted to destroy Afghanistan and will continue to do so, therefore, how can we afford to send our security forces for training in that country?” he said, reported TOLO news.

According to the MoU, ISI will train and equip the NDS in its functioning. In addition, Afghanistan and Pakistan will fight terrorism jointly and both institutions will investigate the accused behind any terror incident within their respective countries,

“ISI will strive to subvert the achievements we have made in the intelligence sector and will destroy them, so I consider this agreement a shameful and unforgivable act,” he added.

Khalid argued that the MoU’s language about “separatism” in Afghanistan is wrong because the Taliban are supported from abroad.

However some political figures have expressed support for the MoU and optimism for an improvement in relations with Pakistan. “I think Pakistan isn’t our enemy; we are two neighbouring nations and need to cooperate with each other, so I think it is a good move,” said Hizb-e-Mahaze-e-Milli party leader Syed Ahmad Gillani.

“I hope that in signing the agreement, this time, Pakistan honestly cooperates with us in fighting terrorism,” MP Mohammad Akbari said.

The signing of the ISI-NDS agreement was the latest in a series of steps that Pakistan and Afghanistan have taken since the installation of the National Unity government (NUG) in Kabul.

“The MoU between Afghanistan and Pakistan is not a new thing. In the past, both institutions had such agreements, but now the focus of this agreement is mostly on jointly fighting terrorism,” says Ajmal Abedi, spokesperson of Afghan President Ashraf Ghani.

However, officials from the previous government said that no such MoU was signed in the past.