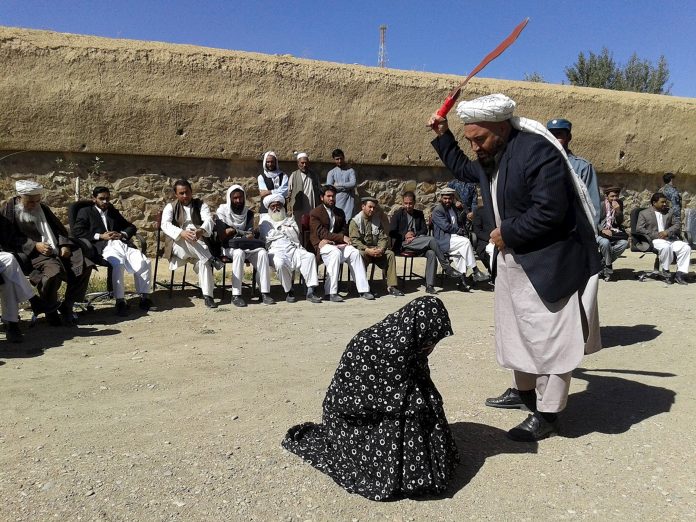 Kabul, Sep 1 (IANS) An Afghan man and woman found guilty of adultery received 100 lashes in front of a crowd who filmed their punishment, a media report said on Tuesday.

The footage, taken in the western province of Ghor, showed a woman wrapped in a head-to-toe burqa and a man each receive the punishment from a man in a turban wielding a leather whip, watched by a group of mostly seated men on Monday, Daily Mail reported.

The two remained in a crouching position throughout and did not appear to cry out.

The sentencing was backed by the government in Ghor province, where the trial took place.

“They had relations a long time ago but were arrested early this month,” a spokesman for the local governor said.

“Their punishment is based on Sharia law and will teach others a lesson.”

Public lashings and executions were common under the Taliban, who enforced a strict interpretation of Sharia law from 1996-2001.

Modi speaks to Sharif, Hasina, Ghani ahead of Ramadan

Ex-Thai PM offers nearly $200,000 for arrest of those behind bombing