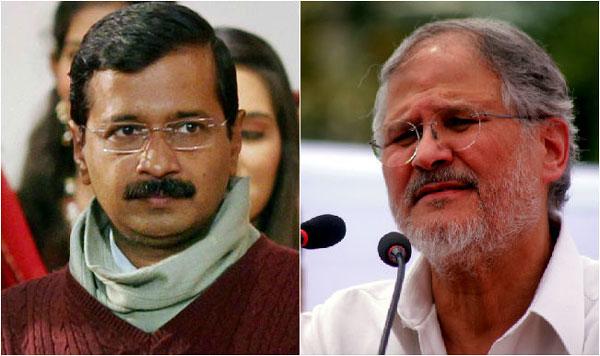 New Delhi, May 29 (IANS) It is advantage central government, for now, in the twin legal battles – before the Supreme Court and Delhi High Court – in the bitter fight between the lt. governor and Delhi government over their respective jurisdiction on the control of bureaucrats.

The first breather for the central government came from the Supreme Court after it described as “tentative” the May 25 Delhi High Court observation holding May 21 notification placing “services” under the lt.governor as “suspect”.

The central government, ever since the May 25 verdict, has said that there was no occasion for the high court to assess the notification and adversely observe on it. It has maintained that verdict on the bail plea of Delhi Police head constable Anil Kumar questioning the jurisdiction of Anti-Corruption Branch of Delhi government in arresting him under Prevention of Corruption Act was reserved on May 20 and notification spelling out the powers of lt. governor in respect of public order, land, services and others areas was issued on May 21.

Thus, the apex court said: “We, therefore, clarify that the observations made therein were only tentative in nature and it would be open to the high court to deal with the said petition (by Delhi government challenging notification) independently without being influenced by any observations made in the impugned order”.

If in the pre-lunch session it was the apex court that diluted whatever advantage the Delhi government might have trumpeted after May 25 high court observations, in the post lunch it was the high court refusing to stay the May 21 notification that said the lt. governor has discretionary powers for posting and transfers to key bureaucratic posts in the capital.

Declining to put on hold the notification as sought by the Delhi government, the high court sought factual position on earlier practices on the posting and transfers of bureaucrats.

“What was happening in the past? Was the earlier government (Delhi government) allowed to move officers? I want factual data as to how it has been carried in the past in Delhi and other union territories,” the high court said, seeking the necessary information and posting the matter for August 11.

The central government was troubled, on four counts, by the May 25 high court order that says that Delhi government through its anti-graft agency – Anti-Corruption Branch – has the “the executive power/authority to enforce criminal law, which includes the PC Act, within the NCT”.

The other observation that central government finds unpalatable is that it could not have issued the July 23, 2014 notification restricting ACB jurisdiction under the Prevention of Corruption Act to the officials of Delhi government only.

This meant that Delhi government would keep off its hands on the Central government officials serving with it that includes police right from the top to a constable at the lowest rung.

Besides objecting to high court describing May 21 notification as “suspect”, the central government was bothered by high court holding that “the ACB of the GNCTD has the jurisdiction to entertain and act on a complaint under the PC Act in respect of a Delhi Police officer or official, and to investigate and prosecute the crime”.

It had said this while not accepting the head constables’ contention that ACB did not have the “competence or jurisdiction” to act on the complaint against him.

No one from Bollywood visited ailing Kader Khan: Shakti Kapoor