New Delhi, July 21 (IANS) The monsoon session of parliament started on a stormy note on Tuesday with adjournments and clear signals of a stalemate as the Congress said it would stall proceedings over its demand for the resignation of External Affairs Minister Sushma Swaraj and two chief ministers over the Lalit Modi controversy and the Vyapam scam.

The Bharatiya Janata Party hit back, accusing the Congress of running away from debate on these issues, and threatened to rake up controversies surrounding Congress chief ministers.

The Rajya Sabha saw many adjournments on the Lalit Modi issue, while the Lok Sabha was adjourned for the day after paying respects to sitting member Dileep Singh Bhuria and former members who passed away in the inter-session period.

Earlier in the morning, Prime Minister Narendra Modi hoped that the session will be fruitful and witness many good decisions.

As the Rajya Sabha met a few minutes later, the Congress sought to build pressure for the resignation of Sushma Swaraj and Rajasthan Chief Minister Vasundhara Raje for their help to former IPL chief Lalit Modi and of Madhya Pradesh Chief Minister Shivraj Singh Chouhan over the Vyapam (Vyavsayik Pariksha Mandal) scam.

Mahila Congress workers held a protest near parliament to press for the resignations of the BJP leaders.

Congress leader Anand Sharma told reporters following repeated adjournments in the Rajya Sabha that his party was determined to ensure accountability by the BJP-led government and would not let parliament function till its demands for the resignations were met.

“This government is thick-skinned and think they are not accountable. Both houses of parliament will function only after there is accountability,” he said.

The Congress and the Samajwadi Party had given notice for suspending the business of the house to take up the debate on the Lalit Modi issue.

Speaking in the house, Anand Sharma said the government promised transparency in its functioning.

“This promise has been broken. There are 14 FIRs by the Enforcement Directorate against him (Lalit Modi). Governments change, laws don’t change,” he said.

The Congress leader alleged that travel documents granted to Lalit Modi by Britain to go to Portugal to attend to his cancer-stricken wife were “used by him for tourism”.

“Within two and a half months of coming to power, this (Modi) government asked the UK to give travel documents to Lalit Modi,” Sharma said.

In response, Finance Minister Arun Jaitley asked the Opposition to begin a debate on the issue right away.

However, the Opposition members created a ruckus over their demand, forcing adjournment of the upper house till noon and then till 12.30 p.m. and 2 p.m.

When the house met post-lunch, Rajya Sabha Deputy Chairperson P.J. Kurien allowed some members to speak before conveying his decision on the motion for suspension of house business.

Communist Party of India-Marxist leader Sitaram Yechury said a probe should be ordered in the Lalit Modi case as well as the Vyapam scam and all tainted ministers should demit office till the probes conclude.

Congress members later trooped near the chairperson’s podium even as Kurien allowed the motion and called upon members to move it.

Amid the ruckus, the upper house was adjourned till 3 p.m. and later for the day.

Sushma Swaraj also conveyed her willingness for an immediate debate through tweets.

Parliamentary Affairs Minister M. Venkaiah Naidu, however, said there was no immoral act by any minister and accused the Congress of trying to defame the government.

“That’s why they are not willing for a debate,” Naidu said, adding that there was no substitute to healthy debate in a democracy.

BJP leader and union minister Ravi Shankar Prasad told reporters that if the Opposition wanted discussion on Vyapam, they must agree to discuss controversies related to Congress chief ministers in Assam, Kerala and Himchal Pradesh.

He said the Congress was “running away from discussion because it knows it will be exposed”. 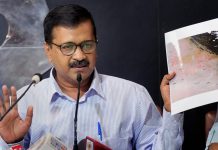 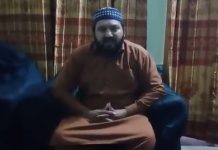 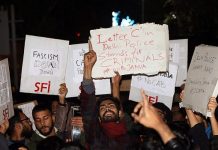 ‘Rabri Devi pulled my hair, threw me out of house’:...

India convey concern over H1B visa to US